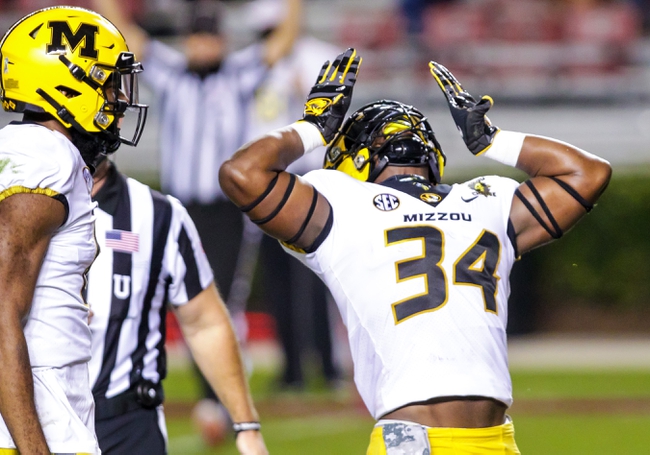 The Arkansas Razorbacks and Missouri Tigers face off on Saturday in a college football showdown at Faurot Field.

The Arkansas Razorbacks are much improved over the last couple of years, but this is still a team that looks like they are a year or two away from taking that next step forward in the SEC. Coming into this game Arkansas has won three games overall, but they have lost each of their last two games. In the last game against LSU there were a couple of questionable calls that hurt them and they ended up getting knocked off by three points. On the season, Arkansas is averaging 25.8 points per game while the defense is giving up 30.9 points. Quarterback Feleipe Franks has been a big boost for this program throwing for 2,107 yards, 17 touchdowns, and four interceptions. Franks needs to take good care of the ball.

On the other side of this matchup is the Missouri Tigers who aren’t talked about a lot but they sit with a 3-3 record and they have won three of the last four games. In the last game against South Carolina, the defense was strong giving up only ten points and even though the offense wasn’t elite, they scored 17 points and that led to a victory. Missouri isn’t an elite offensive team, but each of the last two wins the defense has given up only ten points. On the season, Missouri is only averaging 21.7 points per game while the defense is giving up 29.2 points. At quarterback, Missouri is led by Connor Bazelak who has thrown for 1304 yards, five touchdowns, and two interceptions.

Arkansas will probably be a popular play this week, but Missouri has found a way to win games, something that Arknasas couldn’t get done in the last game. In this one, Missouri is going to find enough success on defense to get the job done.