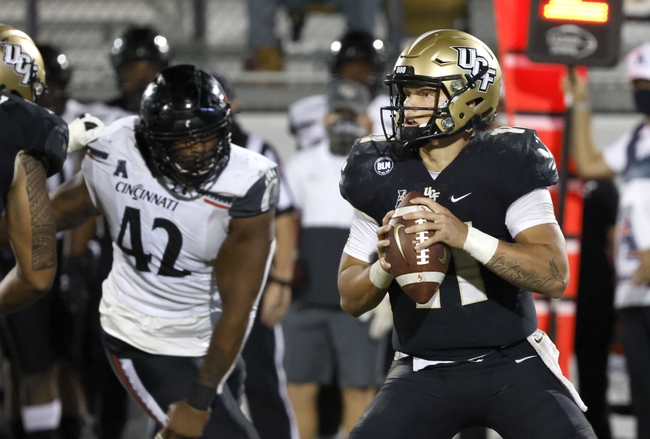 The UCF Knights will travel to Raymond James Stadium to take on the South Florida Bulls this Friday afternoon in College Football action.

The UCF Knights had their 3-game winning streak snapped and dropped to 5-3 (4-3 AAC) on the season after being defeated by the 7th ranked Cincinnati Bearcats, 36-33, this past Saturday. UCF was able to get out to a quick 14-3 lead, however, the defense struggled to slow down Desmond Ridder and the Bearcats passing attack and could not fight back after Cincinnati took a 36-25 lead midway through the 4th quarter. UCF was outgained by Cincinnati by a 482-359 margin and committed one turnover in the loss. Leading the way for the Knights was WR Marlon Williams who had 97 yards & 2 TD’s on 8 receptions.

The South Florida Bulls had their game last week against Navy cancelled due to COVID-19 and come into this game with an overall record of 1-7 (0-6 AAC) on the season after being defeated by the Houston Cougars, 56-21, on November 14th. South Florida had no answers defensively for the Cougars early in this one and could not fight back after trailing by a 42-0 margin midway through the 2nd quarter. South Florida was outgained by Houston by a 505-359 margin and lost the turnover battle by a 2-1 margin in the loss. Leading the way for the Bulls was QB Jordan McCloud who completed 14 of 29 passes for 180 yards & 1 TD.

South Florida had no answers against a talented Houston offense, and it could be even worse against a UCF offense that ranked 2nd in total offense. There is a slight concern of a letdown from the Knights after a tough loss against Cincinnati, however, as the USF defense has allowed an average of 43 ppg over their last 5 games, I think the Knights do enough in this one to cover this large road spread. Good Luck! 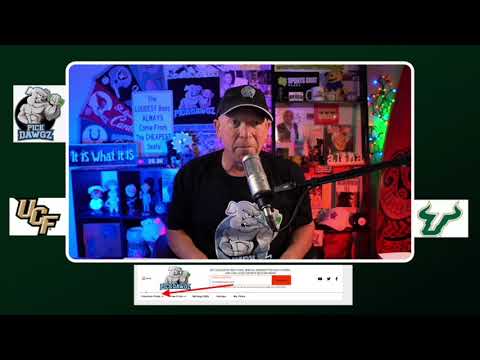