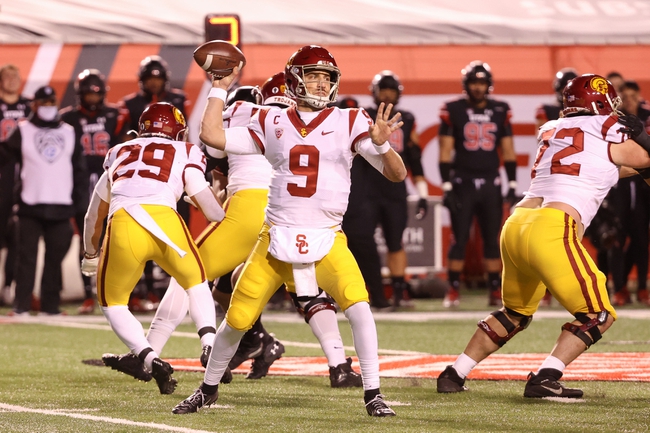 Colorado's last game against Arizona State was canceled in Week 12, but the Buffs are ready to get back on the gridiron for this meeting with USC. Colorado is 2-0 so far this season after wins against UCLA and Stanford in its first two games of the year. Colorado will now try to take down a ranked USC on the road. Colorado scores 41.5 points per game and earns 478.5 total yards of offense per contest as well. Colorado's offensive success is thanks to quarterback Sam Noyer and running back Jarek Broussard, who have both gotten off to hot starts to their seasons. Colorado defensively has not been sharp, allowing 32 points to Stanford and 42 points to UCLA in its first two games. Colorado's defense will have to step it up against a tough USC offense and Kedon Slovis.

USC is coming off a 33-17 win over Utah on the road in Week 12. USC is now ranked #19 in the nation and is a perfect 3-0 on the year to start the season. USC has defeated Arizona State, Arizona, and of course Utah. USC scores 31.7 points per game and earns 470.3 total yards of offense per contest as well. USC's defense has held up well to start the season, allowing 24.7 points per game to its opposition through its first three games. USC will more than likely need to own a perfect record to earn a New Years Six Bowl spot, so a win against Colorado here is a must.

USC opens as 10.5 points favorites and the total is set at 63. I like Colorado to cover this spread and maybe even win this game outright. Colorado's offense is electric and I think the Buffs score enough here to at least earn a cover on the road. This could be a back and forth game, and 10.5 points are too many to pass up in this situation.