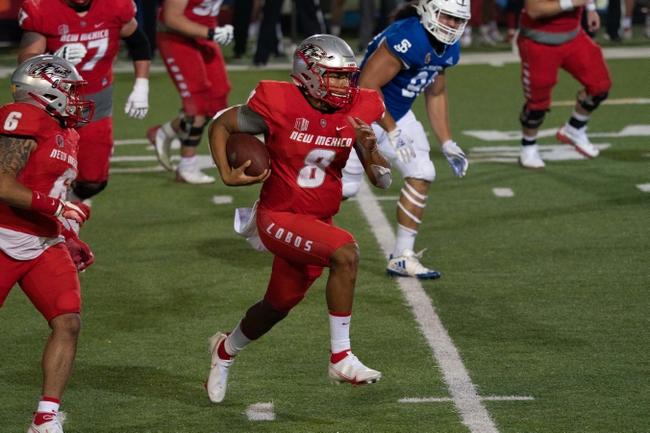 The New Mexico Lobos will travel to Marverik Stadium to take on the Utah State Aggies this Thursday night in College Football action.

The New Mexico Lobos are still searching for their first win as the Lobos fell to 0-4 (0-4 Mountain West) on the season after being defeated by the Air Force Falcons, 28-0, this past Friday night. New Mexico struggled offensively, including missing all four FG attempts, and could not fight back after going into halftime trailing by a 21-0 margin. New Mexico was outgained by Air Force by a 422-304 margin and committed two turnovers in the loss. Leading the way for the Lobos was Emmanuel Logan-Greene who had 3 receptions for 64 yards.

The Utah State Aggies had their game last week cancelled due to Coivd-19 and come into this matchup with an 0-4 (0-4 Mountain West) after being defeated by the Fresno State Bulldogs, 35-16, on November 14th. Utah State jumped out to a 13-7 lead after the first quarter, however, the defense struggled slowing down the Bulldogs passing attack the rest of the way and could not fight back after Fresno State took a 28-16 lead into halftime. Utah State was outgained by Fresno State by a 541-343 margin and committed two turnovers in the loss. Leading the way for the Aggies was RB Jaylen Warren who had 136 rushing yards & 1 TD on 9 carries.

Both New Mexico and Utah State have really struggled to put up points this season, however, it’s hard to image the Aggies who have already fired their coach and just dismissed their starting QB is going to find any answers to their offensive woes. New Mexico did not look great offensively against Air Force, however, as I think Tevaka Tuioti and the Lobos running game will be able to find success against the Aggies 124th ranked total defense, I’m taking the New Mexico to cover this road spread. Good Luck! 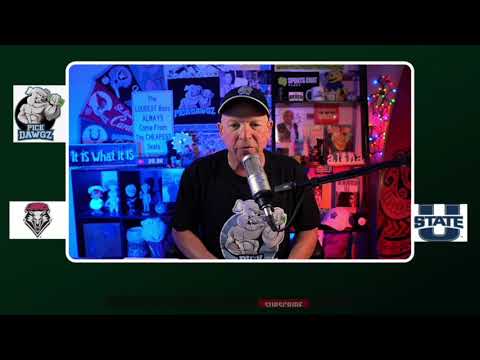