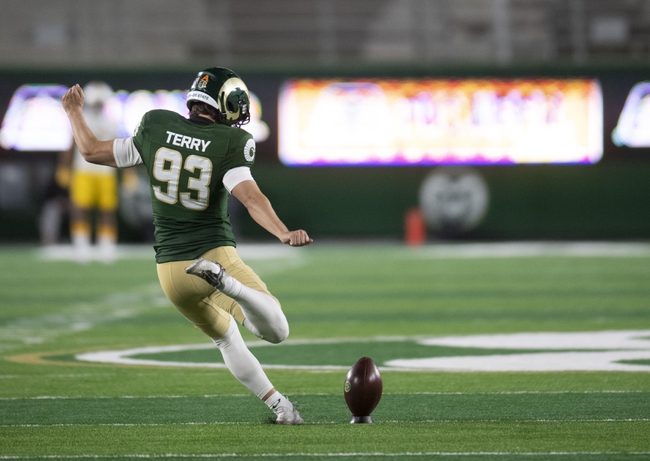 Photo by The Coloradoan-USA TODAY NETWORK

This game has been cancelled.

The Colorado State Rams and Air Force Falcons face off on Thursday night in a college football stadium at Falcon Stadium.

Colorado State went through a lot of changes this offseason and so far this season there have been some major issues. The only win this season for the Rams came against Wyoming and in their last game against Boise State, it was the defense that gave up 52 points. On the season, Colorado State is giving up 38 points per game and in this one, the defense is going to need to be a lot better, especially slowing down the run. On the season they are giving up 105.7 points per game and the defense is going to need to lock down in this one. At quarterback, Colorado State is led by Patrick O’Brien who has thrown for 477 yards, three touchdowns, and one interception. Colorado State needs to be treating this game like a must win.

On the other side of this matchup is the Air Force Falcons who sit with a 2-2 record and they are coming off a win in their last game. Air Force faced off with New Mexico and the defense locked down giving up zero points. Air Force runs the option game and they are currently the best team in the entire country in terms of rushing yards per game. On the season, Air Force is averaging 336.5 yards per game on the ground. On defense this season Air Force is giving up only 18.2 points per game and if they want to win this game, it’s going to be important the defense steps up again. If the defense can’t step up, Air Force is going to have issues coming away with the victory.

When these two teams face off the over has been a strong play and that is going to continue in this game. Look for both teams to run up the score and this game is going to go well over the posted total.