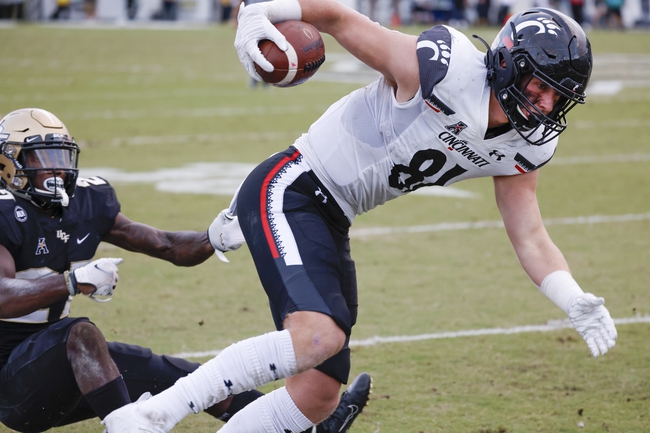 The Cincinnati Bearcats and Temple Owls face off on Saturday in a college football showdown at Lincoln Financial Field.

The Cincinnati Bearcats were tested in their last game against UCF, but they made the plays late after falling behind early and that led to a 36-33. On the season Cincinnati is averaging 40.9 points per game while their defense is giving up only 15 points per game. Quarterback Desmon Rider is having a big year throwing for 1821 yards, 16 touchdowns and six interceptions. Cincinnati is facing off with an offense that hasn’t been great this season and it’s going to be important for the defense to lock down and make life tough on the Bearcats. If Cincinnati doesn’t win this game in blowout fashion, that would probably be a big disappointment for them.

On the other side of this matchup is the Temple Owls who won their game over USF earlier this season, but since that point they have really struggled losing five games in a row. In the last game against a terrible East Carolina defense, Temple could only manage three points. In the previous game against UCF, Temple only scored 13 points. On the season, Temple is averaging 19.9 points per game while the defense is giving up 37.1 points per game. In the last game Temple was led by Kamal Gray but he only threw for 95 yards and two touchdowns.

Temple is going to have all kinds of issues scoring and that will continue in this game. Don’t be shocked when Temple finishes with under six points, Cincinnati is going to have no shortage of points scored and they will win and cover the spread in this game. In terms f the total it's a lean to the under, but that isn't the strongest play in this one.