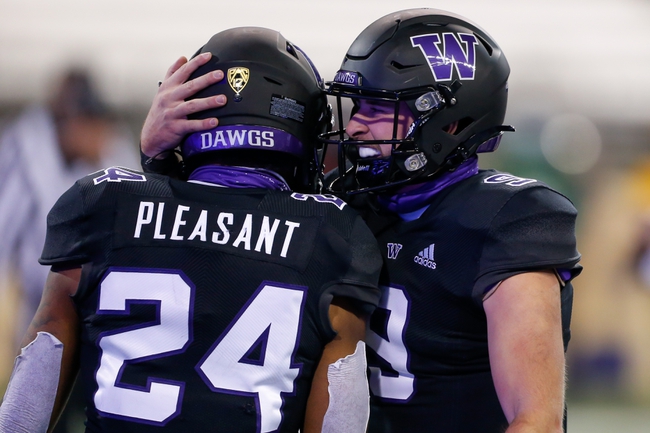 The Washington Huskies and Washington State Cougars face off on Friday in a college football showdown at Martin Stadium. This is a rivalry game for the Apple Cup, and there should be some real intensity in this game.

Washington has looked so good so far this year winning each of their first two games and they were able to cover the game in the last game against the Arizona Wildcats. Washington is led by freshman quarterback Dylan Morris who has thrown for 371 yards and two touchdowns. Washington is averaging 35.5 points per game while their defense is giving up 24 points. Washington is a run first team and they are currently averaging 250 yards per game. In this game they are facing a defense that hasn’t been great and Washington needs to run up the score and make this game a shootout. If this game is a shootout, they should have no issue winning.

On the other side of this matchup is the Washington State Cougars who opened up their season with a win over Oregon State but in their last game against Oregon, the defense really struggled giving up 43 points and that led to the defeat. One issue heading into this game is Washington State is dealing with COVID issues and they will probably be missing a big chunk of people because of illness. Washington State is averaging 33.5 points while their defense is giving up 35.5 points. Jayden De Laura has been a solid option for Washington State at quarterback throwing for 548 yards, four touchdowns, and one interception. In this game if Washington State wants to come away with a victory, they are going to need to find a way for the defense to slow it down.