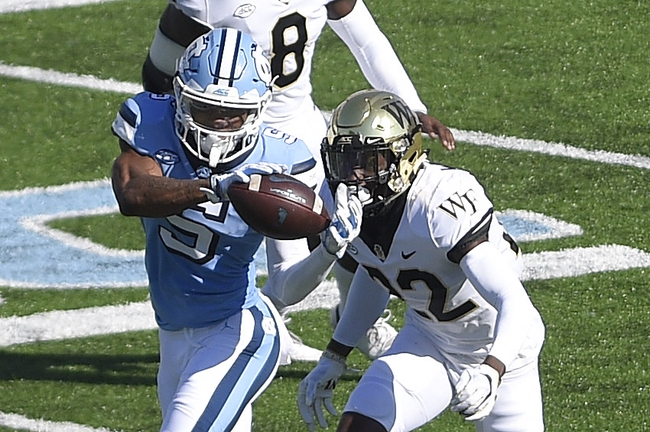 The Wake Forest Demon Deacons and Duke Blue Devils face off on Saturday in a college football showdown at Wallace Wade Stadium.

Wake Forest has had players opt out this season but they have still been competitive and they have won four of the last five games. The one loss during that stretch was in their last game against UNC, a game they scored 53 points in. On the season, Wake Forest is averaging 39.3 points per game while their defense is giving up 29.7 points per game. Quarterback Sam Hartman has had a big year throwing for 1662 yards, eight touchdowns, and zero interceptions. In the last game, Hartman threw for 429 yards and four touchdowns. In this game it’s going to be about the defense stepping up and making life tough on Duke’s offense.

On the other side of this matchup is Duke who have won only two games this season and they also played their last game against North Carolina, butt they only scored 24 points while their defense is giving up 56 points. On the season, Duke is averaging 25.6 points per game while their defense is giving up 32.4 points per game. Quarterback Chase Brice has thrown for 1714 yards, seven touchdowns and 12 interceptions. At times, Brice has looked dynamic but the turnovers are a problem and they need him to be a lot better in this game. In this game if they want any chance to win, Duke’s defense is going to need to be a lot better.

Wake Forest’s offense is going to run up the score again in this game and Duke is going to have no chance to keep up. Wake Forest is going to cover this spread and I am also going to be buying a few more points up to get added value.