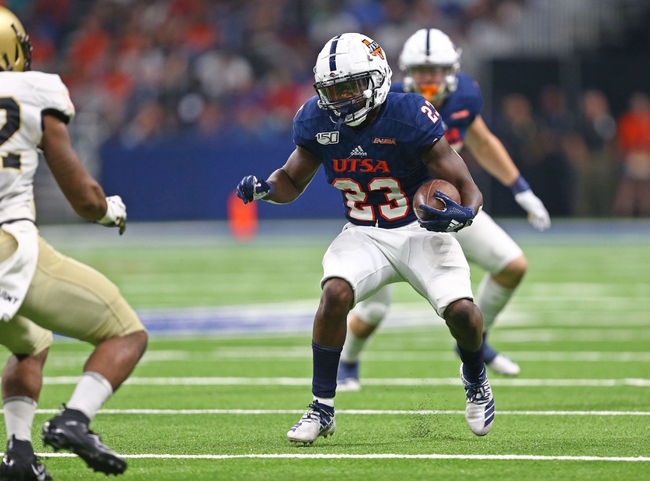 The UTSA Roadrunners will travel to M. M. Roberts Stadium to take on the Southern Mississippi Golden Eagles this Saturday afternoon in College Football action.

The UTSA Roadrunners improved to 5-4 (3-2 C-USA) on the season after defeating the UTEP Miners, 52-21, this past Saturday. UTSA dominated UTEP on both ends of the field and had no trouble picking up the victory after going into the 4th quarter with a 38-21 lead. UTSA outgained UTEP by a 600-246 margin and forced two turnovers in the victory. Leading the way for the Roadrunners was QB Frank Harris who completed 22 of 26 passes for 312 yards & 3 TD’s while also adding 43 yards & 2 TD’s on 5 carries.

Southern Mississippi came through for us last week with a cover, but this is not a team I want to back very often as their defense is terrible and now they have major questions on the offensive end with Jack Abraham deciding to sit out the rest of the season. UTSA is a solid team that has some solid offense weapons in Sincere McCormick & Frank Harris and as the Roadrunners have been money ATS on the road, I think taking UTSA to cover this spread is the play here. Good Luck!