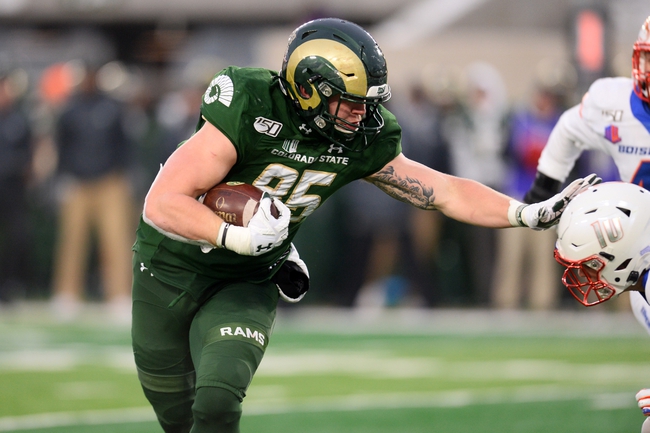 The UNLV Rebels will travel to Canvas Stadium to take on the Colorado State Rams this Saturday night in College Football action.

The UNLV Rebels (0-4; 0-4 Mountain West) are still searching for their first win of the season after being defeated by the San Jose State Spartans, 34-17, this past Saturday. UNLV had no answers on the offensive end agianst the San Jose State defense and could not fight back after going into the 4th quarter trailing by a 31-17 margin. UNLV was outgained by San Jose State by a 457-294 margin in the loss. Leading the way for the Rebels was WR Kyle Williams who had 110 receiving yards & 1 TD on 9 receptions.

The Colorado State Rams fell to 1-2 (1-2 Mountain West) on the season after being defeated by the Boise State Broncos, 52-21, this past Thursday. Colorado State had no answers defensively for the Broncos in the 1st half of this one and could not fight back after going into halftime trailing by a 42-7 margin. Colorado State outgained Boise State by a 315-291 margin, however, did allow three special team TD’s (2 blocked punts; 1 blocked FG) to the Broncos in the loss. Leading the way for the Rams was RB A’Jon Vivens who had 76 rushing yards & 1 TD on 12 carries.

UNLV looks like they could be on for a long season as both the offense and defense as struggled as the Rebels come into this game ranked 114th in scoring offense and 103rd in scoring defense. Colorado State has had trouble allow points, largely due to poor special teams play, but this is a better defense than their ppg total is showing and between the fact that the Rams offense should have success in this one and that Colorado State is one of the tougher places to play in the Mountain West, I’m taking Colorado State to cover this large home spread. Good Luck!