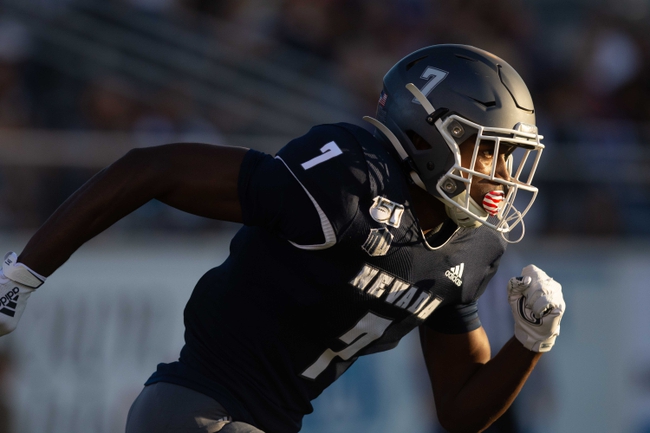 The San Diego State Aztecs will travel to Mackay Stadium to take on the Nevada Wolf Pack this Saturday afternoon in College Football action.

The San Diego State Aztecs improved to 3-1 (3-1 Mountain West) on the season after defeating the Hawai’i Rainbow Warriors, 34-10, this past Saturday. San Diego State was outstanding defensively agianst Hawai’i and had no trouble securing the victory after going into halftime with a 28-0 lead. San Diego State outgained Hawai’i b a 356-275 margin and forced the Rainbow Warriors into committing three turnovers in the victory. Leading the way for the Aztecs was RB Greg Bell who had 160 rushing yards & 2 TD’s on 19 carries.

The Nevada Wolf Pack improved to 4-0 (4-0 Mountain West) on the season after defeating the New Mexico Lobos, 27-20, this past Saturday. Nevada was solid offensively against the Lobos and was able to pull away from New Mexico after taking a 27-13 lead on a 59-yard TD reception by a Romeo Doubs with 6:47 left in regulation. Nevada outgained New Mexico by a 392-352 margin and forced New Mexico into committing one turnover in the victory. Leading the way for the Wolf Pack was WR Romeo Doubs who had 5 receptions for 172 yards & 3 TD.

San Diego State once agianst has one of the better defenses in the Mountain West, however, I am not sold on their offense which has had the luxury of going against some pretty bad defenses in UNLV, Utah State, & Hawai’i. Nevada has had a similar easy schedule, however, between the fact that I think their defense will be able to slow down the Aztecs running game and that the Carson Strong/Romeo Doubs duo will have some success in the Wolf Pack passing attack, I’m taking Nevada at home with the points in this one. Good Luck! 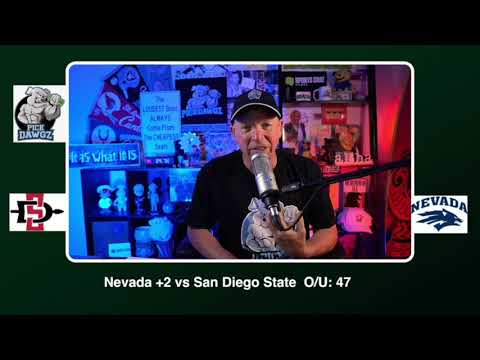