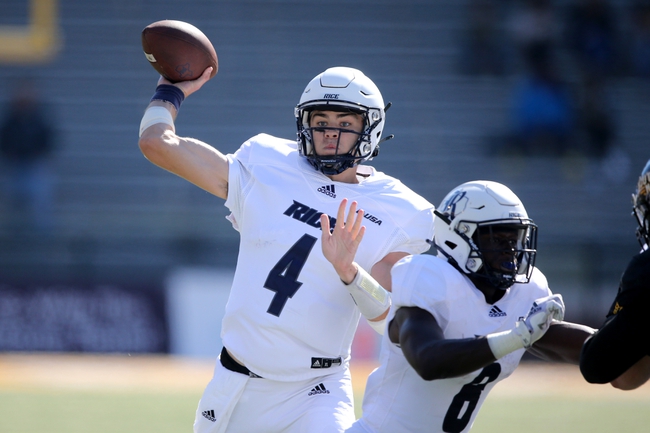 The Rice Owls will travel to Apogee Stadium to take on the North Texas Mean Green this Saturday afternoon in College Football action.

The Rice continue to have trouble getting on the football field as they had their 5th game of the season cancelled due to COVID-19 after their game at Louisiana Tech was postponed last week. Rice comes into this game with an overall record of 1-1 (C-USA) on the season after defeating the Southern Mississippi Golden Eagles, 30-26, on October 31st. Rice was outstanding defensively agianst the Southern Mississippi offense and was able to pull away after a 13-yard TD reception by Austin Trammell gave the Owls a 23-3 lead with 2:04 left in the 2nd quarter. Rice outgained Southern Mississippi by a 412-269 margin and won the turnover battle by a 3-1 margin in the victory. Leading the way for the Owls was WR Austin Trammell who had 143 receiving yards & 3 TD’s on 7 receptions.

The North Texas Mean Green have also had a tough time with COVID-19 this season as they had their 3rd straight game postponed/cancelled last week against UAB. North Texas was able to improve to 3-2 (1-2 C-USA) on the season after defeating the Middle Tennessee Blue Raiders, 52-35, on October 17th. North Texas has no trouble generating offense against the Blue Raiders defense and easily picked up the victory after taking a 49-28 lead on a 48-yard TD run by Jason Bean with 11:10 left in the 4th quarter. North Texas outgained Middle Tennessee by a 768-432 margin, however, did lose the turnover battle by a 3-1 margin in the victory. Leading the way for the Mean Green was QB Jason Bean who completed 12 of 17 passes for 181 yards & 2 TD’s while also picking up 169 rushing yards & 3 TD’s on 10 carries.

Rice has only played two games this season, however, I have been much more impressed with what I have seen from the Owls compared to the Mean Green. North Texas has not played since mid-October and as I think that the Owls Mike Collins & Austin Trammell will have no trouble putting up points agianst a Mean Green defense that ranks 122nd in scoring defense & 116th in passing defense, I think the play here is to take the Owls and the points. Good Luck! 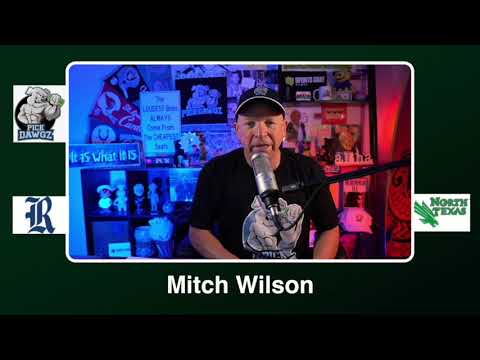