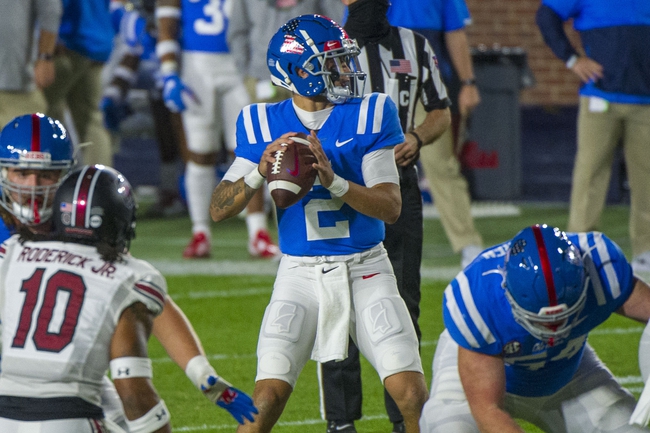 The Ole Miss Rebels and Texas A&M Aggies face off on Saturday in a college football showdown at Kyle Field.

The Ole Miss Rebels are a strong offensive team but their defense isn’t very good and that has led to the team sitting with a 3-4 record. In the last game against South Carolina, Ole Miss put up 59 points, but their defense wasn’t great putting up 42 points. Most of the time when Ole MIss has found success, it has meant that the offense has made up for the terrible defense. Ole Miss is averaging 41 points per game which is 16th in all of football. The defense is giving up 41.9 points per game which is 118th in all of college football. Quarterback Matt Coral has been a star for Ole Miss throwing for 2359 yards, 22 touchdowns, and nine interceptions.

On the other side of this matchup is the Texas A&M Aggies who sit with a 5-1 record and their only loss came against the Alabama Crimson Tide in their second game of the year. In the last game they beat South Carolina 48-3, the same team that Ole Miss just gave up 42 points to. On the season Ole MIss is averaging 33.3 points per game while their defense is giving up 25 points per game. Quarterback Kellen Mond has found a lot of success this season putting up 1468 yards, 16 touchdowns, and two interceptions.

The Ole Miss Rebels don’t play a whole lot of defense and that is going to continue in this game. Look for plenty of scoring in this game and for it to go well over the posted total. In terms of the side I really believe this is a game that Ole Miss can keep close and I am also going to be throwing a few dollars on the Rebels to win this game outright.