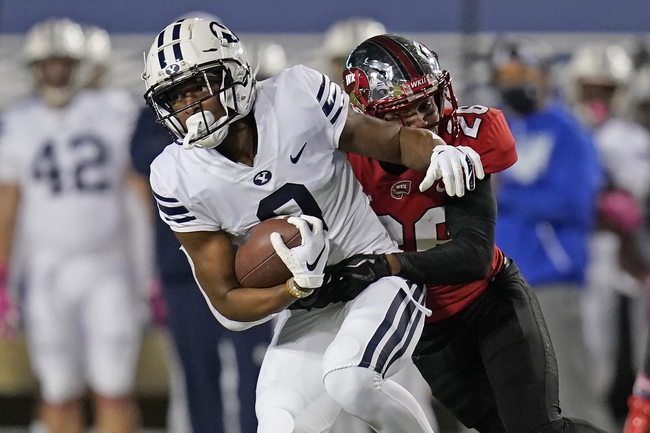 The North Alabama Lions and BYU Cougars face off on Saturday in a college football stadium at LaVell Edwards Stadium.

North Alabama has played three games so far this year and they weren’t able to come away with victories in any of the games. The defense in all the games weren’t terrible giving up 28 points in one game and 24 points in the other two. On offense has been where the issues have been and over the three games they have scored 37 points total. Quarterback Blake Dever has been the best offensive player for the Lions putting up 383 yards and a touchdown. In this game if they want any chance to keep it close they need the defense to step up in a big way and they need the offense to try and control the tempo of play and burn time off the clock.

On the other side of this matchup is the BYU Cougars who have had to try and piece together a schedule but they currently sit with an 8-0 record and almost all of their games have been dominating. Wins. On the season BYU is averaging 45.2 points per game while their defense is giving up 13.9 points per game. Both of those rank top ten in college football. At quarterback, BYU is led by Zach Wilson who has really helped his draft stock so far this season. Wilson has thrown for 2512 yards, 22  touchdowns, and two interceptions so far this season. In this game the goal for BYU should be to get some playing time for the reserves most of the second half.

BYU is an elite offensive team and North Alabama is going to have no answer. Look for BYU to run up the score, and they will come away with a win and a cover of the spread.