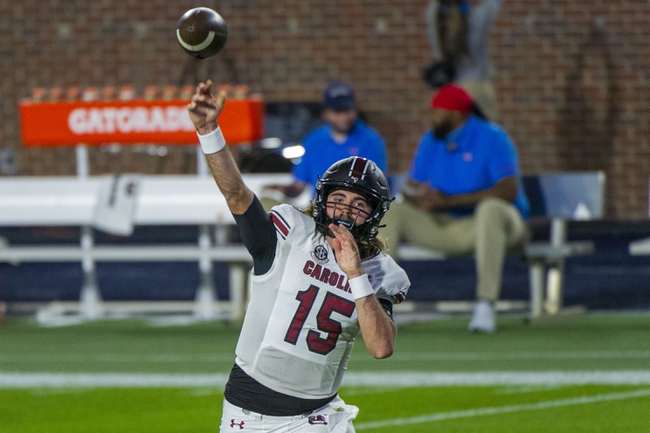 The Missouri Tigers and South Carolina Gamecocks face off on Saturday in a college football showdown at Williams-Brice Stadium.

Missouri hasn’t been terrible this season, but they also haven’t been great, and they are coming off a blowout loss to the Florida Gators on Halloween. Before that game Missouir had won two games in a row and the hope is they will be back to that gameplay this year. On the season Missouri is averaging 22.9 points per game while their defense is giving up 33 points per game. At quarterback, Connor Bazelak is the star of the show putting up 1,101 yards, four touchdowns, and one interception. In this game, Missouri needs their offense to run up the score, and try to take advantage of a South Carolina defense that has really had some real issues this season.

On the other side of this matchup is the South Carolina Gamecocks who’s coaching staff has a lot of pressure on them, and coming into this game they have lost three games in a row. In the last game against Ole Miss the offense was strong putting up 42 points but their defense really let them down giving up 59 points and that led to the loss. On the season South Carolina is giving up 36.7 points and 464.4 yards per game. At quarterback, South Carolina is led by Collin Hill who has thrown for 1372 yards, six touchdowns, and six interceptions. In this game, South Carolina needs their defense to be better and not let Missouri run up the score.

South Carolina’s defense is a problem, but this total is too high. Look for a game that mostly stays on the ground and this game is going to stay well under this total. Back the under to cash.