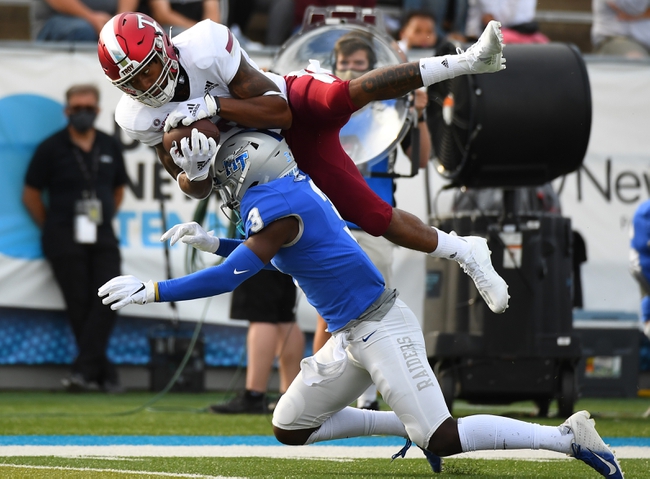 The Middle Tennessee Blue Raiders will travel to Veterans Memorial Stadium (AL) to take on the Troy Trojans this Saturday afternoon in College Football action.

The Middle Tennessee Blue Raiders dropped to 2-6 (2-4 C-USA) on the season after being defeated by the 16th ranked Marshall Thundering Herd, 42-14, this past Saturday. Middle Tennessee had no answers on either end of the field for the Thundering Herd and could not fight back after a 26-yard TD run by Sheldon Evans gave Marshall a 35-14 lead with 5:40 left in the 3rd quarter. Middle Tennessee was outgained by Marshall by a 520-303 margin and lost the turnover battle by a 3-1 margin in the loss. Leading the way for the Blue Raiders was WR Jarrin Pierce who had 9 receptions for 90 yards & 1 TD.

The Troy Trojans had their 2nd game postponed this season (South Alabama, Coastal Carolina) due to COVID-19 last week and come into this game with an overall record of 4-3 (2-2 Sun Belt) after losing to the Georgia Southern Eagles, 20-13, on November 7th. Troy struggled to get their offense going agianst the Georgia Southern defense on the road and allowed the Eagles to pull away for the victory after scoring 14 unanswered points over the final 7:37 of regulation. Troy was outgained by Georgia Southern by a 411-235 margin and lost the turnover battle by a 2-1 margin in the loss. Leading the way for the Trojans was WR Kaylon Geiger who had 49 receiving yards on 6 receptions.

Middle Tennessee has really struggled this season as their offense is pretty one dimensional behind Asher O’Hara and their defense ranks just 112th in scoring defense. Troy has a decent passing offense that should have success agianst the Blue Raiders as the Trojans have already beaten Middle Tennessee by a 47-14 margin this season on the road, I think Troy will be able to do enough in this one to cover this double-digit home spread. Good Luck! 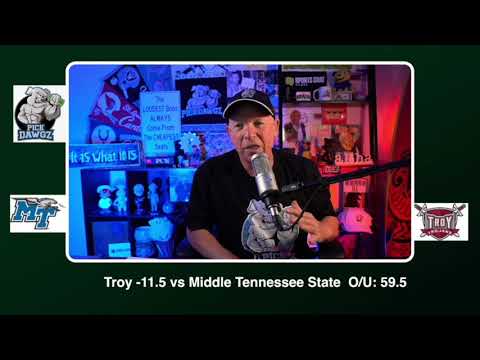