The LSU Tigers will travel to Razorback Stadium to take on the Arkansas Razorbacks this Saturday afternoon in College Football action.

The LSU Tigers had their 2nd game of their season (Florida, Alabama) postponed last week due to COVID-19 and come into this game with an overall record of 2-3 (2-3 SEC) after being defeated by the Auburn Tigers, 48-11, on October 31st. LSU had no answers for the Auburn offense and couldn’t fight back after Auburn took a 35-3 lead early in the 3rd quarter. LSU was outgained by Auburn by a 506-347 margin and lost the turnover battle by a 3-0 margin in the loss. Leading the way for the Tigers was QB Max Johnson who completed 15 of 24 passes for 172 yards & 1 TD.

The Arkansas Razorbacks dropped to 3-4 (3-4 SEC) on the season after being defeated by the 6th ranked Florida Gators, 63-35, this past Saturday. Arkansas had no answers for offensive attack of the Gators and could not fight back after a 1-yard TD run by the Gators Emory Jones gave Florida a 42-21 lead late in the 3rd quarter. Arkansas was outgained by Florida by a 593-458 margin and committed one turnover in the loss. Leading the way for the Razorbacks was QB Feleipe Franks who completed 15 of 19 passes for 250 yards & 2 TD.

It already seems like a lost season for LSU and I do not think it is going to get much better on the road against an Arkansas team that has been solid at home this season, posting a perfect 3-0 ATS record. LSU defense comes into this game ranked 123rd in passing defense and as I expect Feleipe Franks to be able to put up at least 5 TD’s in this one, I am taking Arkansas to cover this small spread. Good Luck! 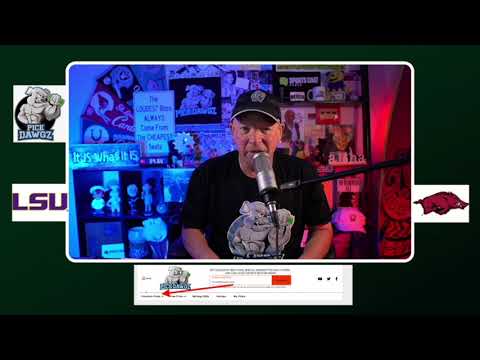