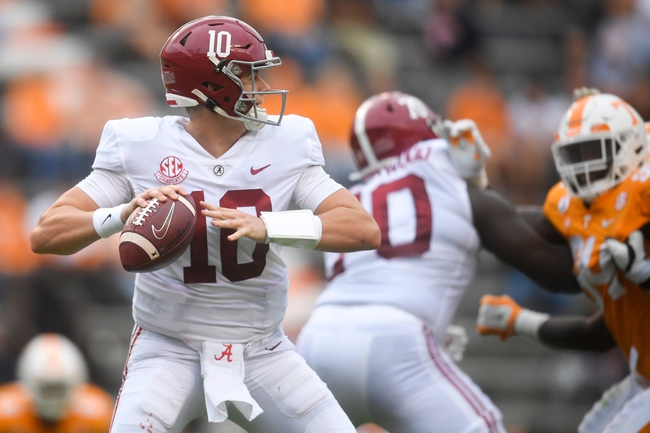 The Kentucky Wildcats will travel to Bryant-Denny Stadium to take on the top-ranked Alabama Crimson Tide this Saturday afternoon in College Football action.

The Kentucky Wildcats snapped their 2-game losing streak and improved to 3-4 (3-4 SEC) on the season after defeating the Vanderbilt Commodores, 38-35, this past Saturday. Kentucky was outstanding offensively agianst Vanderbilt and was able to hang on late after taking a 38-21 lead on a Chris Rodriguez 74-yard TD run with 9:14 left in the 4th quarter. Kentucky outgained Vanderbilt by a 458-407 margin and did not commit at a turnover in the victory. Leading the way for the Wildcats was RB Chris Rodriguez Jr. who had 149 rushing yards & 2 TD’s on 13 carries.

The top-ranked Alabama Crimson Tide had their game last week agianst LSU postponed due to Covid-19 and come into this game with a prefect 6-0 record (6-0 SEC) after defeating the Mississippi State Bulldogs, 41-0, on October 31st. Alabama dominated Mississippi State on both ends of the field and had no trouble securing the victory after taking a 27-0 lead into halftime. Alabama outgained Mississippi State by a 499-200 margin and won the turnover battle by a 3-1 margin in the victory. Leading the way for the Crimson Tide was WR DeVonta Smith who had 11 receptions for 203 yards & 4 TD’s.

Kentucky is a decent team, however, after giving up 35 points at home against Vanderbilt, it scares me to think with Mac Jones and the Alabama offense can do to the Wildcats at home. Alabama’s defense has looked improved over their last three games, holding opponents to just an average of 13.7 ppg and as I think the Crimson Tide will able to put 45+ points on the scoreboard in this one, I think Alabama does enough to cover this spread. Good Luck! 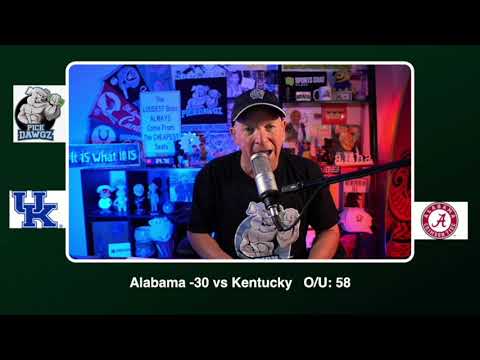