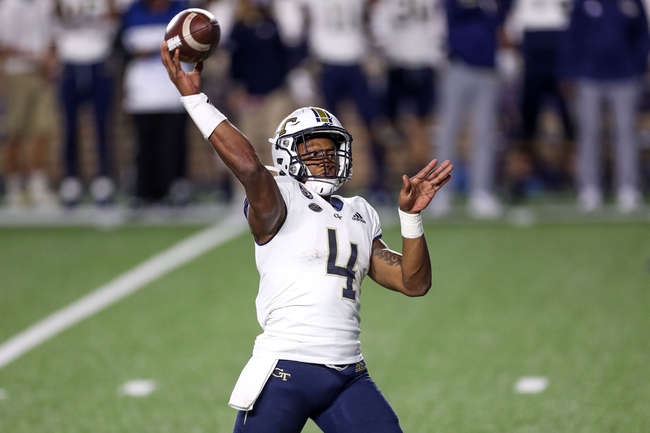 The Georgia Tech Yellow Jackets and Miami Hurricanes face off on Saturday in a college football showdown at Hard Rock Stadium.

Georgia Tech is having growing pains after switching away from the triple option and it could be a few years before they are competitive again. Coming into this game GT has won only two of their seven games and they have lost three games in a row. In the last game against Notre Dame the offense could only manage 13 points and that led to the loss. Quarterback Jeff Sims is young and he has thrown for 1,346 yards, eight touchdowns, and 10 interceptions. The interceptions are a big problem and in this game, he can’t let Miami's turnover chain come out. On defense, Georgia Tech is giving up 39.7 points per game.

On the other side of this matchup is Miami who sit with a 7-1 record and the only loss was against the Clemson Tigers. Against Virginia Tech in the last game it wasn’t always a sure thing, but they were able to come away with a one point victory. Quarterback D’Eriq King has thrown for 2,083 yards, 17 touchdowns, and four interceptions. This Hurricanes defense isn’t as strong as years past giving up 24.8 points per game and over the last three that number has gone up 26.3 points. In this game, Miami needs the defense to be strong and create a couple of turnovers. If Miami doesn’t win this game in blowout fashion, that would be a disappointment.

Miami is the better team and they are going to have no problem winning this game in blowout fashion. Miami is going to run up the score, their defense is going to create a few turnovers, and they will win this game and cover the spread. In terms of the total it's also a lean to the over.