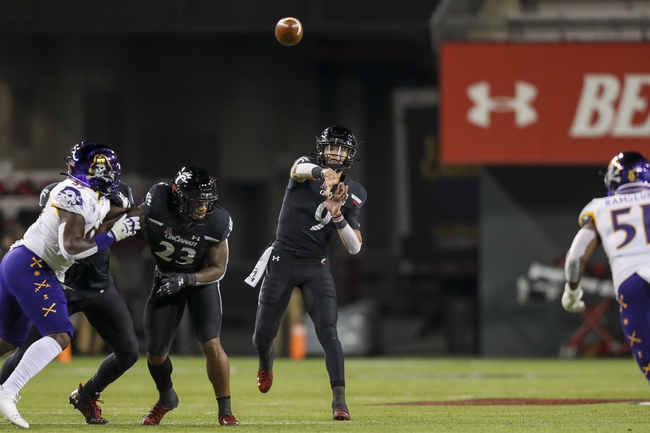 Cincinnati is coming off a 55-17 win over East Carolina in Week 11. Cincinnati is known for going full throttle until the very end of the game, and that continued in its win over East Carolina where Cincy completed a fake punt and a 75-yard touchdown run when the game was clearly decided in its favor already. Cincinnati is now a perfect 7-0 on the year and 5-0 in AAC play, as the Bearcats have been very impressive so far this year. Cincinnati is ranked #7 in the nation currently, and a big win over UCF on the road will certainly help this team's chances at making the college football playoff. Cincinnati scores 41.6 points per game and earns 471.9 total yards per contest as well. Cincinnati's Desmond Ridder has been outstanding at quarterback for Cincinnati, putting together an incredible season for the Bearcats. Cincinnati's defense has been spectacular as well, allowing only 12.4 points per game to opposing teams.

UCF took down Temple by the final score of 38-13 in Week 11 at home. UCF is now 5-2 on the year and has won three straight games since losing back-to-back contests to Tulsa and Memphis. UCF is 4-2 in conference play and would definitely be ranked inside the top-25 with a win over Cincinnati in this one. UCF scores 44.0 points per game, as the Golden Knights offense has been efficient all season long. UCF allows 28.7 points per game to its opposition, including only 13 and 21 to Temple and Houston in the past two weeks respectively. UCF has its work cut out for it, but if there was one team in the AAC that could pull off the major upset, it would be UCF.

Cincinnati opens as 3-point favorites and the total is set at 61.5. This should be a great game, but in the end, I have to take Cincinnati here. I think UCF will keep this game close for quite a while, but by the end of the game, I like Cincinnati to win this game by a touchdown on the road. This will be a very tough task for Cincy, but I think the Bearcats are up for the challenge. 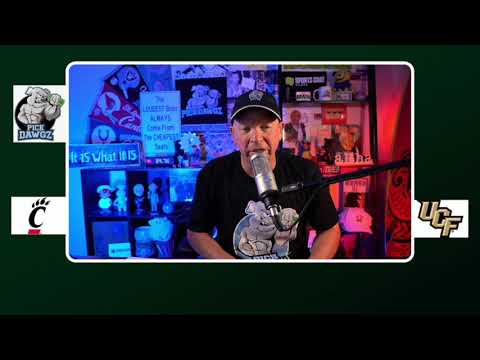