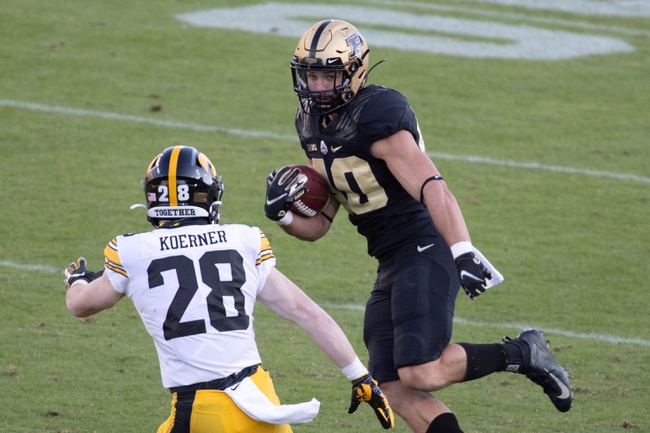 The Purdue Boilermakers will travel to TCF Bank Stadium to take on the Minnesota Golden Gophers this Friday night in College Football action.

The Purdue Boilermakers dropped to 2-1 (2-1 Big 10) on the season after being defeated by the 23rd ranked Northwestern Wildcats, 27-20, this past Saturday. Purdue’s offensive had trouble getting anything going against the tough Northwestern defense and could not fight back after the Wildcats took a 27-13 lead early in the 4th quarter on a 42-yard FG by Charlie Kuhbander. Purdue was outgained by Northwestern by a 292-265 margin and committed one turnover in the loss. Leading the way for the Boilermakers was QB Aidan O’Connell who completed 28 of 51 passes for 263 yards & 2 TD.

The Minnesota Golden Gophers dropped to 1-3 (1-3 Big 12) on the season after being defeated by the Iowa Hawkeyes, 35-7, this past Friday night. Minnesota had no answers on either end of the field for the Hawkeyes and could not fightback after Iowa took a 28-0 lead midway through the 4th quarter on a 1-yard TD run by Tyler Goodson. Minnesota was outgained by Iowa by a 346-312 margin and lost the turnover battle by a 2-1 margin in the loss. Leading the way for the Golden Gophers was WR Rashod Bateman who had 8 receptions for 111 yards & 1 TD.

Purdue couldn’t pull up the victory agianst the Wildcats, however, the Boilermakers have looked solid this season and have one of the better passing attacks in the country, as they come into this game ranked 17th in the country in passing offense. Minnesota came into this season with high expectations but have been one of the more disappointing teams in the country as their defense has not been able to stop anyone. Minnesota has a few talented offensive playmakers, especially in Mohamed Ibrahim, however, as I just see the Purdue offense being able to put up 40+ in this one, I think the play here is to take the Boilermakers to cover this small road spread. Good Luck! 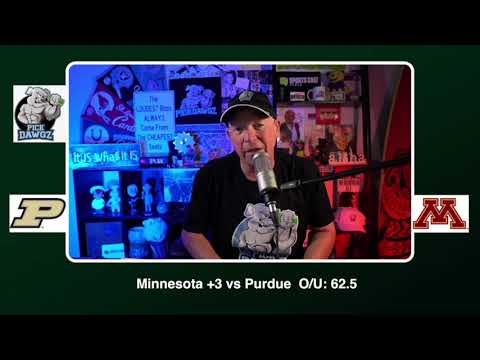