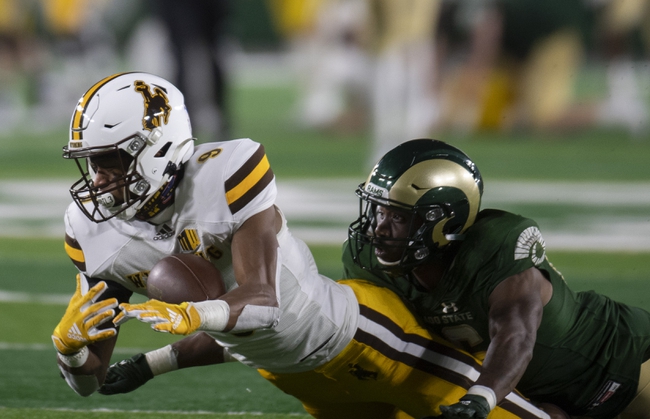 This Game Has Been Canceled.

The Utah State Aggies and Wyoming Cowboys face off on Saturday in a college football showdown at War Memorial Stadium.

The Utah State Aggies have had a terrible season and now there is a big question facing them heading into this game, who is going to be their starting quarterback. Utah State have an 0-4 record and starting quarterback Jason Shelley has been dismissed from the team for a violation for team rules. Andrew Peasley has been the backup but he has only thrown for 29 yards, zero touchdowns, and one interception. Utah State’s defense has also been a big issue giving up 37.2 points and 525.8 yards per game. In this game they are going to need strong quarterback play, but the defense is going ot need to be a lot better.

On the other side of this matchup is the Wyoming Cowboys who sit with a 1-2 record and their only win this season was over Hawaii. In the last game against Colorado State the offense managed 24 points, but their defense gave up 34 points and that led to the loss. On the season Wyoming is averaging 29.7 points per game while the defense is giving up 26 points per game. At quarterback, Levi Williams is the starter throwing for 660 yards, one touchdown, and two interceptions. Against Utah State, Wyoming needs to get their offense going early, and really try to put pressure on a team that has zero confidence right now.

Wyoming only has one win this season but they are the much better team in this game. Utah State’s offense is going to be lucky to score seven points, and Wyoming will have no issue getting the job done. Back Wyoming to win this game and cover the spread. In terms of the total it's a lean to the under based on Utah State's offense.