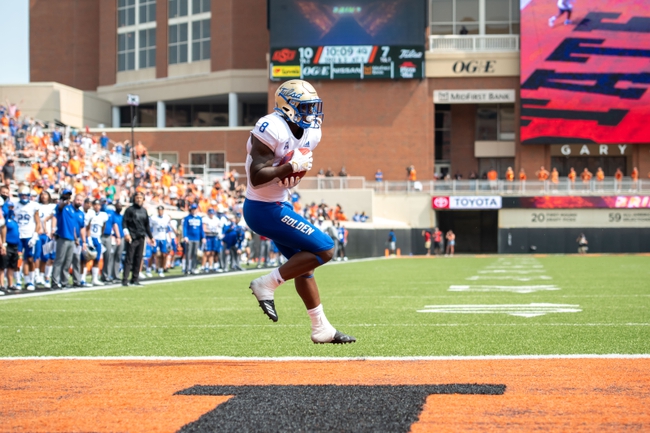 The Tulane Green Wave will travel to Chapman Stadium to take on the 25th ranked Tulsa Golden Hurricane this Thursday night in College Football action.

The Tulane Green Wave won their 3rd straight game and improved to 5-4 (2-4 AAC) on the season after defeating the Army Black Knights, 38-12, this past Saturday. Tulane did a great job forcing the Black Knight into committing turnovers and pulled away in the 2nd half after taking a 31-12 lead on a 14-yard TD run by Jha’Quan Jackson. Tulane outgained Army by a 368-303 margin and won the turnover battle by a 3-0 margin in the victory. Leading the way for the Green Wave was QB Michael Pratt who completed 19 of 27 passes for 197 yards & 2 TD’s.

The 25th ranked Tulsa Golden Hurricane won their 4th straight game and improved to 4-1 (4-0 AAC) on the season after defeating the 19th ranked SMU Mustangs, 28-24, this past Saturday. Tulsa got off to a slow start and went into halftime trailing by a 24-7 margin, however, the defense stepped up huge in the 2nd half and the Golden Hurricane was able to complete the come from behind victory after taking the lead for good on a 4-yard TD reception by James Palmer with just 2:11 left in the game. Tulsa outgained by SMU by a 455-351 margin in the victory. Leading the way for the Golden Hurricane QB Zach Smith who completed 26 of 38 passes for 325 yards, 3 TD, & 1 INT.

Tulane has been playing well over the last three weeks but the Tulane rushing attack is going to be tested this week as Tulsa has one of the better defense in the entire country and comes into this game ranked 36th in rushing defense. Tulsa’s offense can struggle at times, however, I’m not sold on the Tulane defense and as I think the Golden Hurricane will be able to put up plenty up points at home, I’m taking Tulsa to cover this small home spread. Good Luck! 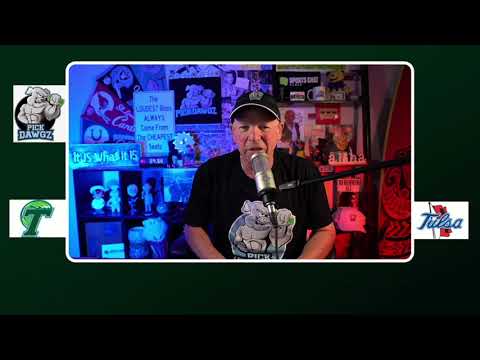