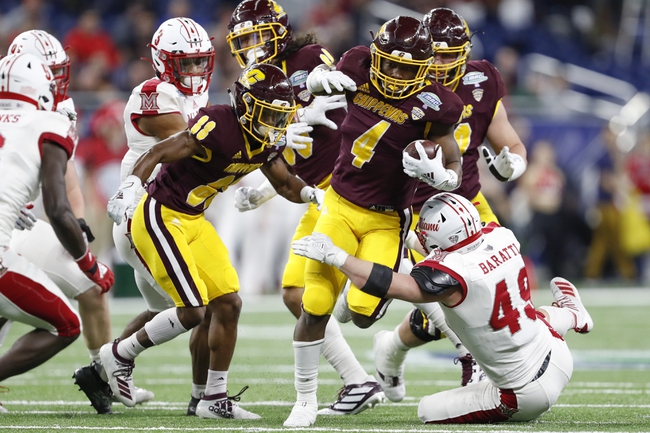 The Western Michigan Broncos will travel to Kelly/Shorts Stadium to take on the Central Michigan Chippewas this Wednesday night in College Football action.

The Western Michigan Broncos improved to 2-0 (2-0 MAC) on the season after defeating the Toledo Rockets, 41-38, this past Wednesday. In one of the most exciting games of the week, Western Michigan was able to pull off the incredible victory after recovering an onside kick with less than a minute left and then scoring the winning TD on a trick, fake kneel play. Western Michigan outgained Toledo by a 501-437 margin, however, did win the turnover battle by a 1-0 margin in the victory. Leading the way for the Broncos was QB Kaleb Eleby who completed 20 of 29 passes for 284 yards & 3 TD.

The Central Michigan Chippewas improved to 2-0 (2-0 MAC) on the season after defeating the Northern Illinois Huskies, 40-10, this past Wednesday. Central Michigan had no trouble getting their offense rolling on the road agianst he Huskies and easily cruised to victory in the 2nd half after taking a 26-0 halftime lead. Central Michigan outgained Northern Illinois by a 433-244 margin and won the turnover battle by a 2-1 margin in the victory. Leading the way for the Chippewas was RB Lew Nichols III who had 91 yards & 1 TD on 12 carries.

Western Michigan has had no issues putting up points during their first two games, however, this will be more of a legitimate test on the road agianst a Central Michigan team that has been very good defensively to start the season. Central Michigan had some questions coming into this season on the offensive end, however, I’ve been impressive by the well-balance attack and as the Chippewas have been lights out ATS at home over the past year, I think the play here is to take Central Michigan to cover this small home spread. Good Luck! 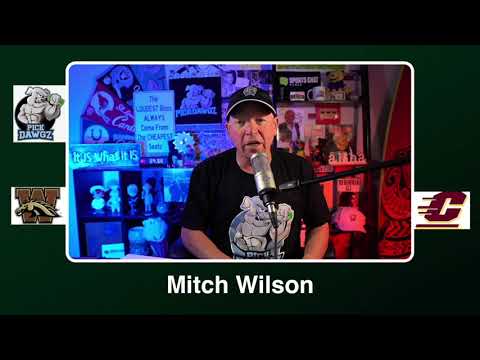