The UTEP Miners will travel to the Alamodome to take on the UTSA Roadrunners this Saturday afternoon in College Football action.

The UTEP Miners had their last two games (North Texas, FIU) postponed/cancelled due to COVID-19 come into this game with an overall record of 3-3 (0-2 C-USA West). UTEP comes into this game riding a 2-game losing streak after falling to the Charlotte 49ers, 38-28, on October 24th. UTEP struggled with turnovers in their last game against Charlotte and could not fight back after a 49ers TD with just 4:40 remaining gave Charlotte a 31-14 lead. UTEP outgained Charlotte by a 374-329 margin however, lost the turnover battle by a 3-0 margin in the loss.

The UTSA Roadrunners also had their game last week postponed due to COVID-19 and come into this matchup with an overall record of 4-4 (2-2 C-USA West). UTEP comes into this game losing 4 of their last 5 games after being defeated by the FAU Owls, 24-3, on October 31st. UTSA could not get anything going on the offensive end agianst the FAU defense and couldn’t fight back after a 2-yard TD run by the Owls Nick Tronti gave FAU a 17-3 lead late in the 2nd quarter. UTSA was outgained by FAU by a 332-230 margin and did not force a turnover in the loss.

UTEP has more success this season than we’ve seen over the past few years and despite having their last two games cancelled, I like them in their matchup agianst the Roadrunners as I think their 17th ranked rushing defense is going to give UTSA some trouble. UTSA is a solid team, but as I expect a low-scoring game that is going to come down to the final position, I think the play here is to take the Miners and the poitns. Good Luck! 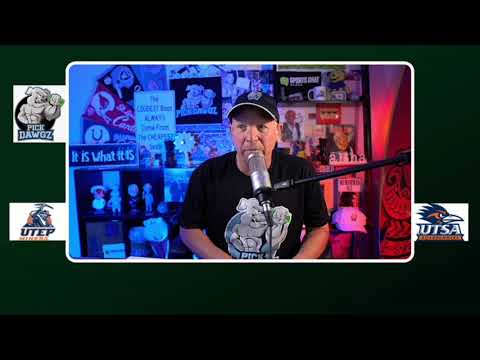