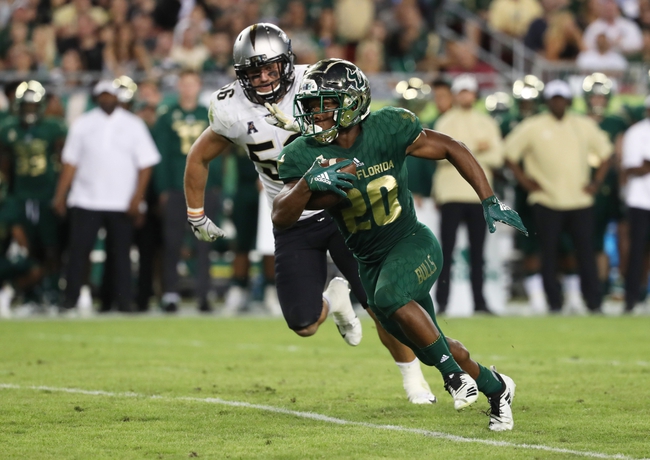 The South Florida Bulls will travel to TDECU Stadium to take on the Houston Cougars this Saturday afternoon in College Football action.

The South Florida Bulls lost their 6th consecutive game and dropped to 1-6 (0-5 ACC) on the season after being defeated by the Memphis Tigers, 34-33, this past Saturday. South Florida looked as if they were going to pick up their first AAC victory of the season after taking a 33-20 lead late in the 4th quarter, however, the Bulls defense had no answers down the stretch for the high-powered Memphis offense and allowed the Tigers to get the come from behind victory after scoring 14 unanswered points over the final 3:19 of the game. South Florida outgained Memphis by a 535-330 margin in the loss. Leading the way for the Bulls was QB Noah Johnson who completed 20 of 29 passes for 217 yards & 2 TD.

The Houston Cougars lost their 2nd straight game and dropped to 2-3 (2-2 AAC) on the season after being defeated by the 6th ranked Cincinnati Bearcats, 38-10, this past Saturday. Houston was overmatched on both ends of the field agianst the talented Bearcats and could not fight back after a 33-yard FG by Cincinnati’s Cole Smith gave the Bearcats a 31-10 lead midway through the 3rd quarter. Houston was outgained by Cincinnati by a 510-282 margin and lost the turnover battle by a 2-1 margin in the loss. Leading the way for the Cougars was RB Kyle Porter who had 69 rushing yards & 1 TD on 16 carries.

Houston is the better team overall team here, but not by two TD’s as the Cougars offense is not as explosive as we have seen in the past few years and come into this game ranked just 88th in scoring defense. South Florida has had a tough season, however, the Bulls played well agianst a good Memphis team on the road last week and as I think their offense will be able to put up some points in this one, I think South Florida does enough to cover. Good Luck! 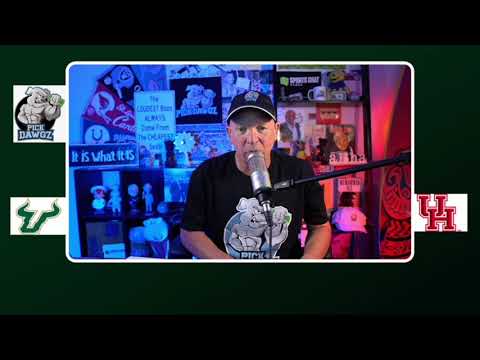