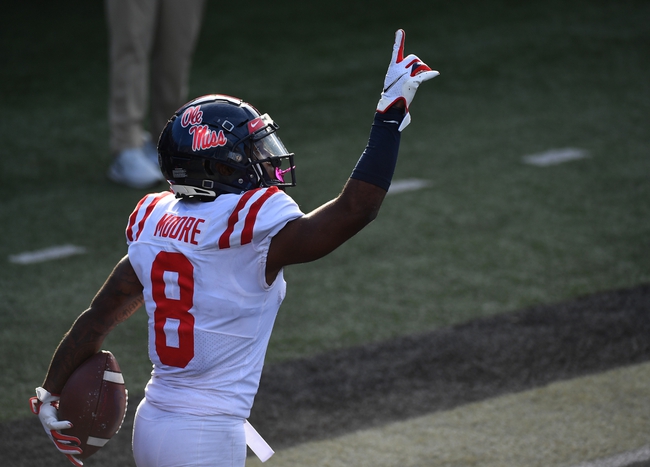 The Ole Miss Rebels and South Carolina Gamecocks face off in an SEC college football matchup at Vaught Hemingway Stadium.

South Carolina hasn’t been elite this season and on the season they have only won two games. Each of the last two games the defense has really let them down, but in the last game the offense also couldn’t do a whole lot scoring only three points total. This is an offense has was having success early in the season so the offense only scoring three points has to be a real concern for the team. At quarterback, South Carolina is led by Collin Hill who has thrown for 1,142 yards, five touchdowns, and five interceptions. Over the last three games, South Carolina has given up 40.7 points per game and the defense is going to need to be better against an offense that can run up the score.

On the other side of this matchup is the Ole MIss Rebels who have also won only two games so far this year, but for the most part they have been an exciting team to watch. On the season, Ole Miss is averaging 38 points per game while their defense is giving up 40.7 points per game. Quarterback Matt Corral has looked good this year under center but at times turnovers have been an issue. On the season, Corral has thrown for 1,846 yards, 18 touchdowns, and nine interceptions. A shootout wouldn’t be the worst thing for Ole Miss here, so this game is going ot come down to the offense running up the score. A turnover or two by the defense would also go a long way in Ole Miss picking up their third win of the season.

South Carolina is 2-5-1 against the spread in their last eight games played on grass.

In terms of the against the spread it’s a true toss-up, but there is one thing for sure about this team, there is going to be plenty of scoring by both teams. Look for Ole Miss to run up the score, South Carolina is going to also score against a terrible defense. It might not be enough to keep them close, but it’s going to be enough to push this game well over the posted total.