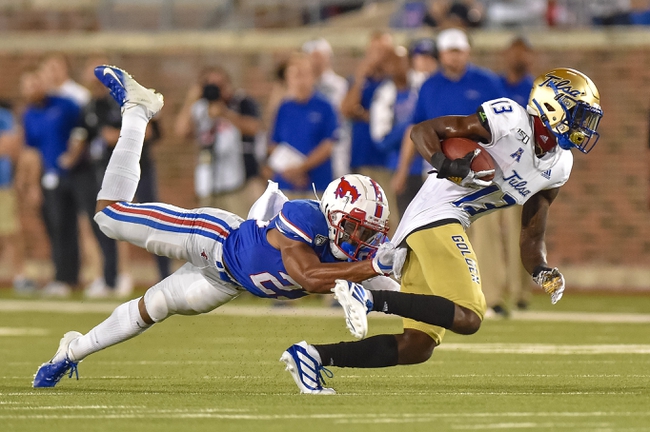 The 19th ranked SMU Mustangs will travel to Chapman Stadium to take on the Tulsa Golden Hurricane this Saturday night in College Football action.

The 19th ranked SMU Mustangs won their 2nd straight game and improved to 7-1 (4-1 AAC) on the season after defeating the Temple Owls, 47-23, this past Saturday. SMU had trouble getting their offense going through the first three quarters in this one as they led by just a 20-16 margin going into the 4th quarter, however, the Mustangs finally found their rhythm and pulled away after scoring 28 unanswered points in the first 7:28 of the 4th quarter. SMU outgained Temple by a 549-368 margin and did not commit a turnover in the victory. Leading the way for the Mustangs was QB Shane Buechele who completed 24 of 35 passes for 355 yards & 4 TD’s.

The Tulsa Golden Hurricane had their game last week against Navy postponed due to COVID-19 and come into this game with an overall record of 3-1 (3-0 AAC). Tulsa come into this game on a 3-game winning streak after defeating the East Carolina Pirates, 34-30, on October 30th. Tulsa had a surprisingly difficult time defensively agianst the Pirates, however, was able to pull out the come from behind victory after a T.K. Wilkerson 1-yard TD run gave the Golden Hurricane the lead for good with just :29 seconds left in the game. Tulsa was outgained by East Carolina by a 456-428 margin and committed three turnovers in the victory. Leading the way for the Golden Hurricane was RB T.K. Wilkerson who had 89 rushing yards & 2 TD’s on 18 carries.

SMU is a talented offensive team, however, I think the Mustangs are a bit overrated and is going to face a tough test against a Tulsa defense that ranks 24th in scoring defense and 37th in rushing defense. Tulsa struggled in their last game agianst East Carolina, however, this is a team that has been great ATS and has looked good in games agianst Oklahoma State and UCF this season. Tulsa’s offense should have some success against a less than average SMU defense and as I think the Golden Hurricane will be able to slow down the SMU offense, I'm taking Tulsa to cover this small home spread. Good Luck! 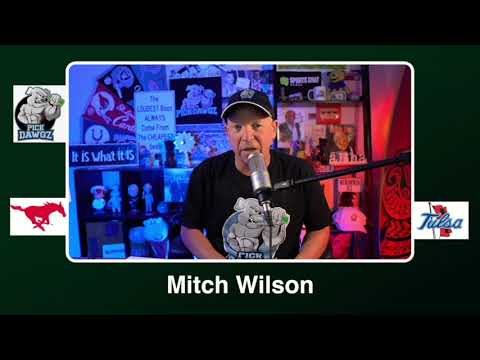