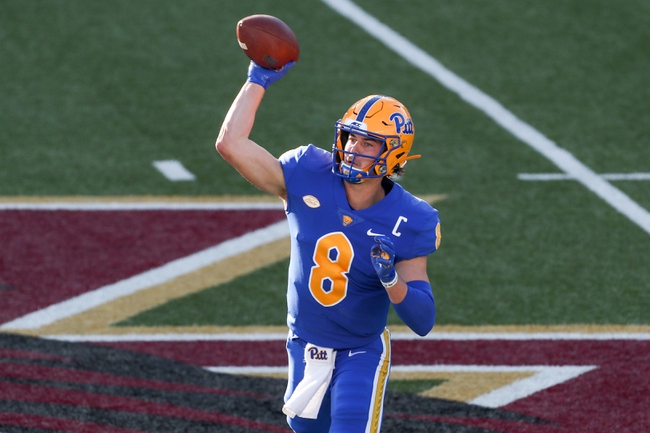 This Game Has Been Postponed. The Pitt Panthers and the Georgia Tech Yellow Jackets face off on Saturday in a college football showdown at Bobby Dodd Stadium.

The Pitt Panthers season has been derailed by injury and coming into this game they sit with a 4-4 record. Pittsburgh had lost four games in a row before winning their last game against the Florida State Seminoles in blowout fashion. Pitt’s offense finally got going again putting up 41 points and that led to a victory. Quarterback Kenny Pickett was finally back after dealing with injuries and he threw for 210 yards. The Panthers also had three interceptions and this is going to be another game where the defense creating turnovers is going to be important. On the season Pitt’s defense is giving up 23 points per game and they are especially strong stopping the run giving up only 78.8 yards per game on the ground. Look for the offense to keep the ball on the ground and control the time of the possession.

On the other side of this matchup is Georgia Tech who have won only two games so far this year and coming into this game they have lost three games in a row. The defense has been a big issue all season but as of late, the Yellow Jackets offense has regressed and in the last game against Notre Dame they scored only 13 points. Georgia Tech’s offense has been led by quarterback Jeff Sims who has thrown for 1346 yards, eight touchdowns, and 10 interceptions. Turnovers have been a problem for him if they want to win this game it’s going to mean they are taking care of the ball. On the season Georgia Tech is averaging 21.4 points per game while their defense is giving up 39.7 points per game.

Georgia Tech’s defense is concerning to me and that is going to let them down in this game. Look for the Pitt Panthers to run up the score, Georgia Tech will have no answer, and that will lead to Pittsburgh winning this game and covering the spread.