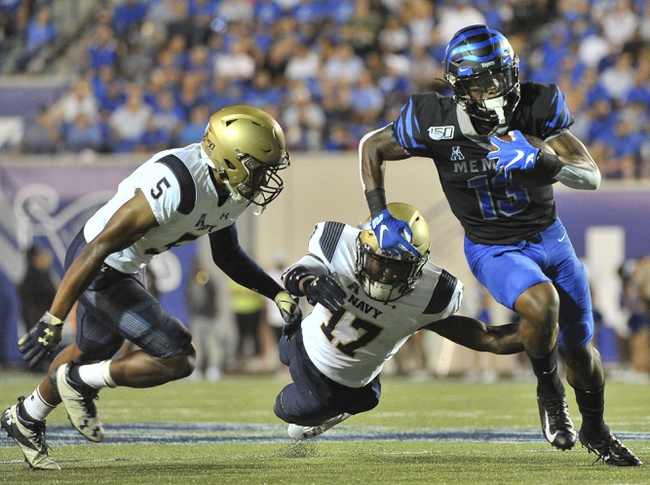 This Game Has Been Postponed. The Memphis Tigers and Navy Midshipmen face off on Saturday in a college football showdown at the Navy-Marine Corps Memorial Stadium.

Memphis has been inconsistent this year but for the most part they have been an entertaining team to watch. Coming into this game the Tigers have a 4-2 record but they can’t be happy with how they played in their last two games of the season. Memphis lost two games ago against Cincinnati and in the last game against South Florida they were 17.5 point favorites, but they could only manage to win by a point and for much of the game it looked like they would be losing the game. Memphis’ offense has been good for most of the season but their defense has been an issue giving up 35.7 points per game. In this game they need the defense to be better and they can’t fall behind early.

On the other side of this matchup is Navy who have been up and down this season but coming into this game they have lost two games in a row.. In the last game against SMU the offense was good putting up 37 points, but the defense really struggled giving up 51 points and that led to the defeat. All season the defense has been a big issue giving up 37 points per game Navy is a run-first team, but they are only averaging 187 yards per game on the ground, and in this game they are going to need to have more offensive success because this game looks like it has all the makings of a shootout.

Memphis didn’t look great the last couple of games but this is a great bounce back spot for them. Look for Memphis to run up the score, Navy will have no answer, and that will be the difference. Back Memphis to cover the spread.