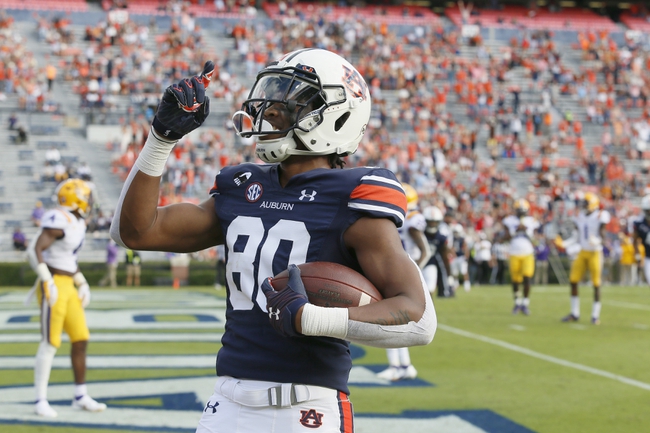 This Game Has Been Postponed. The Auburn Tigers and Mississippi State Bulldogs face off on Saturday in a college football showdown at Davis Wade Stadium.

The Auburn Tigers sit with a 4-2 record but their fans still don’t seem very happy with how they have played this season. Coming into this game, Auburn has won two games in a row and they have also covered the spread in each of the games. Over the last two games the offense has looked really good and in the last game against LSU they dropped 48 points. Quarterback Bo Nix has been inconsistent, but coming into this game he has thrown for 1,407 yards, nine touchdowns, and four interceptions. On defense Auburn has been inconsistent and they are giving up 22.8 points per game. In this game the defense is going to need to be strong.

On the other side of this matchup is Mississippi State who won their first game of the season and won their last, but in between, they have last four games in a row. In the last game against Vanderbilt, they were 18 points point favorites but they only managed to win by seven points. It’s pretty clear at this point of the season, Mike Leach doesn’t have his guys for the air raid offense and that has been a big reason for the struggles. On the season, Mississippi State is averaging only 16.3 points per game and in this game, that type of offensive production isn’t going to be enough to get the job done. Star running back Kylin Hill also opted out to focus on the draft and that is a big loss for the offense that really needs a good running back to lean on.

The Bulldogs offense is a big problem and that is going to let them down in this game. Look for Auburn to run up the score, Mississippi State isn’t going to keep it close, Back Auburn to win this game and cover the spread.