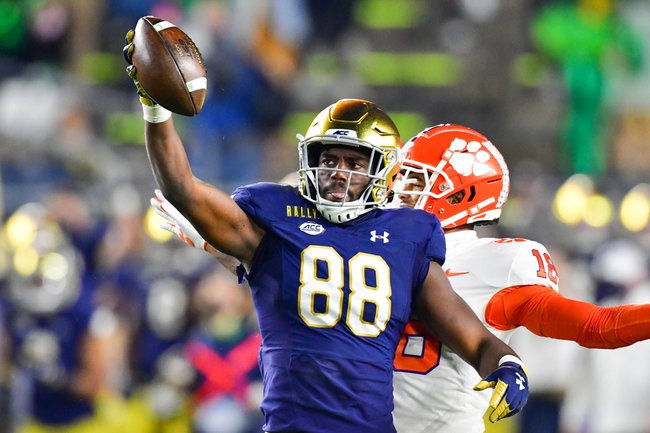 The Notre Dame Fighting Irish and Boston College Eagles face off on Saturday in a college football showdown at BC Alumni Stadium.

Notre Dame has to feel really good right now and they come into this game with a perfect 7-0 record including a win in their last game against the Clemson Tigers. Clemson didn’t have Trevor Lawrence in that game, but Notre Dame still attacked a defense that is strong and that led to the victory. Notre Dame is currently averaging 36.6 points per game while the defense is giving up 14.6 points per game. Notre Dame is a strong running team but quarterback Ian Book has looked good, especially in the last game against Clemson. Book has thrown for 1534 yards, eight touchdowns, and one interception so far this season. On defense, Clemson is giving up 14.6 points per game and they need the defense to lock down in this game.

On the other side of this matchup is Boston College who have been up and down this season and coming into this game they have won two of the last three games. In the last game against Syracuse they were 14.5 point favorites but their offense struggled scoring only 16 points and that led to a three point victory. Boston College comes into this game averaging 26.1 points per game while the defense is giving up 24.6 points per game. At home this season the offense has been even better averaging 31.2 points and 361.8 points per game. At quarterback, Boston college is led by Phil Jurkovec who has thrown for 2,083 yards, 15 touchdowns, and four interceptions.

Boston College’s offense is going to be locked down by the Notre Dame offense and that is going to continue in this game. Look for a low scoring game that has no issue staying well under the posted total. 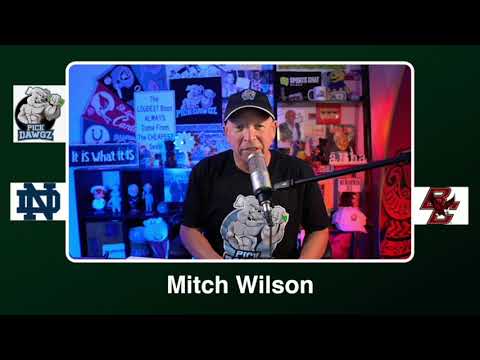