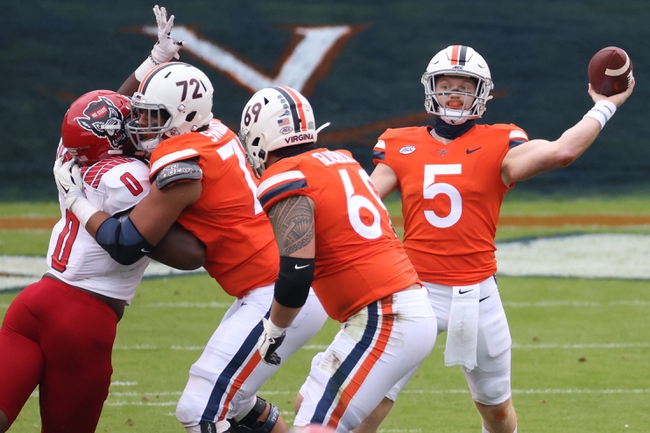 The Louisville Cardinals and Virginia Cavaliers face off on Saturday in a college football showdown at Scott Stadium.

This is a Louisville’s team that has been super inconsistent this year and although they have looked good at times, it’s been more downs than ups. Each of the last two games, Louisville’s offense has been good but in the last game, they gave up 42 points to Virginia Tech and that led to a seven-point loss. On the season, Louisville is averaging 29.4 points per game while the defense is giving up 29.6 points per game. At quarterback, Louisville is led by Malik Cunningham who has thrown for 1746 yards, 15 touchdowns, and eight interceptions. In this game to come away with a victory it’s all going to be about the defense locking down and giving the offense a chance to a victory.

On the other side of this matchup is the Virginia Cavaliers who sit with a 2-4 record but they had lost four games in a row before pulling the big upset in the last game against UNC. The defense struggled in the last game, but the offense made up for it putting up 44 points and that led to a victory. Quarterback Brennan Armstrong had a pick game throwing for 208 yards and three touchdowns. He did have to leave the game because of a leg injury, but all signs are pointing towards him going in this game. On defense, this season Virginia is giving up 33 points per game and if they were to lose this game it woul be because the defense let’s Louisville do whatever they want.

These are two defenses who have question marks and that is going to continue in this game. Look for this game to be a score for score game that goes until the last few minutes of the game. This game is going to have no issue going over the total.