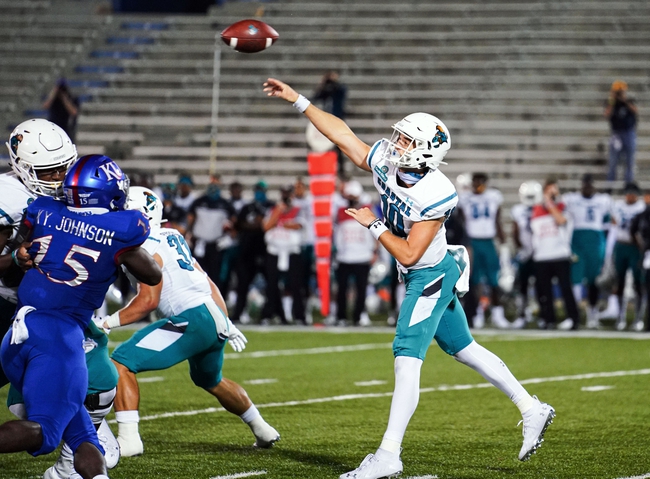 The 15th ranked Coastal Carolina Chanticleers will travel to Veterans Memorial Stadium (AL) to take on the Troy Trojans this Saturday afternoon in College Football action.

The Troy Trojans dropped to 4-3 (2-2 Sun Belt) on the season after being defeated by the Georgia Southern Eagles, 20-13, this past Saturday. Troy struggled to get their offense going agianst the Georgia Southern defense on the road and allowed the Eagles to pull away for the victory after scoring 14 unanswered points over the final 7:37 of regulation. Troy was outgained by Georgia Southern by a 411-235 margin and lost the turnover battle by a 2-1 margin in the loss. Leading the way for the Trojans was WR Kaylon Geiger who had 49 receiving yards on 6 receptions.