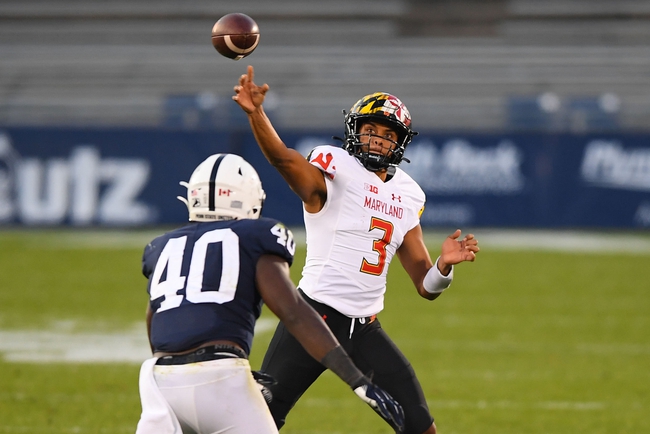 This Game Has Been Canceled. The Ohio State Buckeyes and Maryland Terrapins face off on Saturday in a college football showdown at Byrd Stadium.

The Ohio State Buckeyes have dreams of winning the National Championship and so far they have looked really good winning each of their first three games, and also covering the spread in two of those games. In the last game against Rutgers the defense did take their feet off the gas in the second half, but the offense still wasn’t an issue giving up 49 points. Ohio State is currently averaging 46.3 points and over 500 yards per game. Quarterback Justin Fields is one of the best in football and on the season he has thrown for 908 yards and 11 touchdowns. In this game it’s going to be about the defense slowing down an offense that is hot.

On the other side of this matchup is the Maryland Terrapins who really struggled in their first game of the season, but since that point, they have had impressive wins in back to back games. After beating Minnesota two games ago, Maryland locked down against Penn State and that led to a 34-19 victory. Quarterback Taulia Tagovailoa looks like he is the real deal throwing for 770 yards, six touchdowns, and four interceptions. As good as the offense has been, the defense still has to be a concern and in two of the three games they were lit up. Ohio State is going to be a tough test and the defense will need to have their best game of the season.

Maryland’s offense has looked good and that will continue in this game. Ohio State is no doubt the better team and they are going to come away with the victory, but Maryland will keep this game close enough to cover the spread. In terms of the total it's a lean to the over.