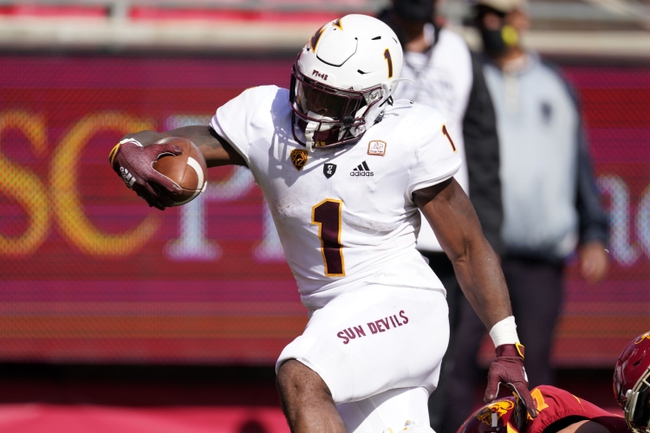 The Cal Bears and Arizona State Sun Devils face off on Saturday in a college football showdown at Sun Devil Stadium.

Arizona State can’t be very happy that they didn’t win their first game against USC. Arizona State looked like for most of the game they were going to come away with a victory, but a late collapse kept USC in the  game and led to the loss. At quarterback, Arizona State is led by Jayden Daniels who threw for 13 yards and a touchdown. Daniels was also a threat on the ground rushing for 111 yards. In this game they need to play a full four quarters and not collapse late.

On the other side of this matchup is the Cal Bears who finished last season strong winning three games in a row and they hope this season will just be a continuation of that. Cal was supposed to have a game already this year against Washington but the game was called because of COVID. The good news for Cal heading into this game is they have their quarterback figured out in Chase Garbers who will get the start. Garbers has posted a 13-6 record as the Golden Bears starting quarterback and if they are going to win this game, they need him to have a big game. As good as Garbers has been, the real strength of this team is actually with the defense and I would expect they are going to be bringing plenty of pressure in this game, and try to keep the Arizona State offense off balance. If they can do that, Cal should be in very good shape to win this game.

If you like defense make sure to tune in, because this is going to be a low scoring affair. Cal is going to dictate the game which means a low scoring game with very little offense. Back the under to cash with ease.