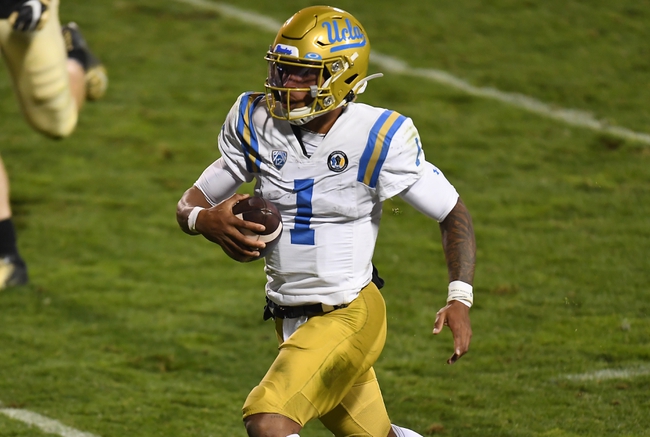 The Utah Utes and UCLA Bruins face off on Friday night in a PAC 12 college football showdown at the Rose Bowl.

The Utah Utes have found a lot of success each of the last two seasons, but this team is going to look a whole lot different. Gone is quarterback Tyler Huntley and running back Zach Moss who were the leaders of the offense last year. In terms of who will be the starting quarterback, it still seems to be a three-person race between Jake Bentley, Cam Rising, and Drew Lisk. Bentley played at South Carolina and Rising played at Texas. On defense, the first order of business is going to be to find a way to replace Bradlee Anae who was a standout last year. In this game, if the defense can be strong that will be key for an offense that could still be trying to find its way. Utah was already supposed to have one game under their belt but there was a COVID outbreak and this game is in jeopardy too. Make sure to check reports as the game gets closer to see who might be missing this game because of COVID.

On the other side of this matchup is UCLA Bruins whose defense is clearly still an issue.In the first game of the season UCLA faced off with Colorado and at halftime they had given up 35 points and they couldn’t ever make it back and that led to a 48-42 loss. This is a team that is going to score this season and they are going to have to hope that their defense makes enough stops to come away with a victory.At quarterback, UCLA is led by Dorain Thomspon-Robinson and in the first game of the season he threw for 303 yards, four touchdowns, and one interception. Thompson-Robinson also rushed for 109 yards and a touchdown. The offense should score in this game, the question will be if the defense can step up to the plate.

UCLA’s offense looked good in the first game, but in this game, Utah’s offense is going to lock down. Who knows if Utah will cover the spread, but this game is going to stay well under the posted total.