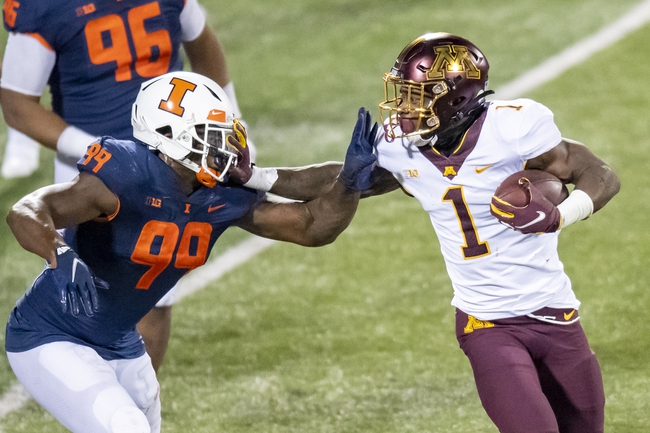 The Iowa Hawkeyes and Minnesota Golden Gophers face off in a Big Ten college football showdown on Friday at TCF Bank Stadium.

The winner of this game will be taking home the Floyd of Rosedale.

The Iowa Hawkeyes easily could be 3-0 right now, but each of the first two games it seemed they found ways to lose so their only win of the season came in their last game against the Michigan State Spartans. On the season Iowa is averaging 29.7 points per game and in the last game they had their biggest output putting up 49 points. Quarterback Spencer Petras has had some growing pains so far this year he has thrown for two touchdowns but three interceptions. Running back Tyler Goodson has been the focal point for the offense and in the last game he rushed for 113 yards and two touchdowns. On defense the Hawkeyes haven’t looked pretty good but this is quite the test for them.

On the other side of this matchup is Minnesota who also lost their first two games of the season before dominating Illinois in the last game. The offense still has looked good, but where they have had issues is with their defense. Each of the first two games of the season, Minnesota gave up 45 points, but their defense only gave up 14 points in the last game. On offense Tanner Morgan and Rashod Batemon get all the attention, but the real star of the offense this season has been running back Mo Ibraham who is one of the best backs in the big ten. In the last game against Illinois he rushed for 2224 yards and four touchdowns.

Minnesota’s defense looked better in the last game and that is going to continue in this game. Look for Minnesota to control the pace of play with their run game and they will win this game and cover the spread. 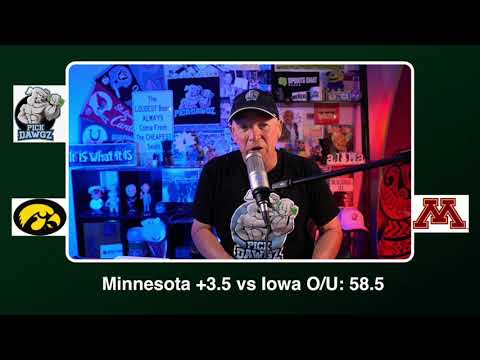