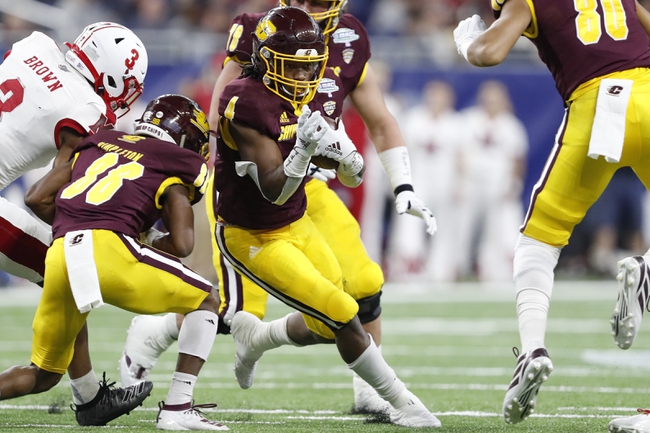 The Central Michigan Chippewas will travel to Huskie Stadium to take on the Northern Illinois Huskies this Wednesday Night in College Football action.

The Central Michigan Chippewas (1-0; 1-0 MAC West) kicked off their season with a win after defeating the Ohio Bobcats, 30-27, this past Wednesday night. In a tight back and forth game, Central Michigan was able to take a lead on a Marshall Meeder 22-yard FG early in the 4th quarter and hold on for the victory after the defense came up big down the stretch. Central Michigan outgained Ohio by a 427-345 margin and wont the turnover battle by a 2-0 margin in the victory.

Offensively, Central Michigan was led by RB Kobe Lewis who had 112 rushing yards & 2 TD’s on 28 carries while also hauling in 5 receptions for 34 yards. Also contributing in the Chippewas backfield was the duo of Lew Nichols III (9 car, 31 yards) & Darius Bracy. QB Daniel Richardson completed 23 of 41 passes for 243 yards & 1 TD while also rushing for a TD. The top receiving threats for the Richardson and Central Michigan were Kalil Pimpleton (5 rec, 65 yards, TD), JaCorey Sullivan (3 rec, 43 yards), and Dallas Dixon (3 rec, 40 yards).

The Northern Illinois Huskies (0-1; 0-1 MAC West) could not kick of their 2020 season with a victory after getting defeated by the Buffalo Bulls, 49-30, this past Thursday. Northern Illinois went into halftime trialing by just a 21-16 margin after a Cole Tucker 16-yard TD reception with just :35 seconds left in the 1st half, however, couldn’t fight back after allowing Buffalo to score 28 unanswered points to take a 49-16 lead early in the 4th quarter. Northern Illinois outgained Buffalo by a 397-357 margin, however, lost the turnover battle by a 5-2 margin in the loss.

Leading the way for the defense was Nick Rattin who had 10 total tackles and Michael Kennedy who recovered two fumbles.

Central Michigan picked up a nice win to kick off their season against a very good Ohio team and has to be happy with the performance of their young QB Daniel Richardson. Northern Illinois has a decent offense, however, their defense really struggled against the top-tier teams in the MAC last season and it certainly struggled against Buffalo in their season opener. Central Michigan had no trouble taking care of business last year against Northern Illinois in a 48-10 win and as I think the Chippewas offense will be able to put up plenty of points in this one, I’m taking the Chippewas to cover this mid-range road spread. Good Luck! 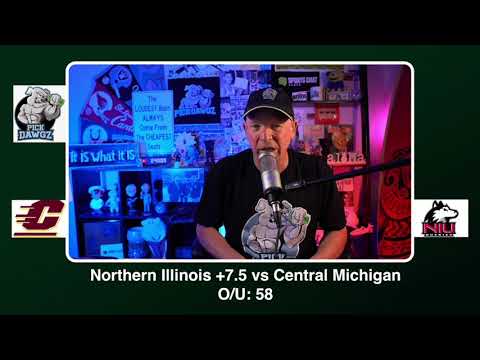