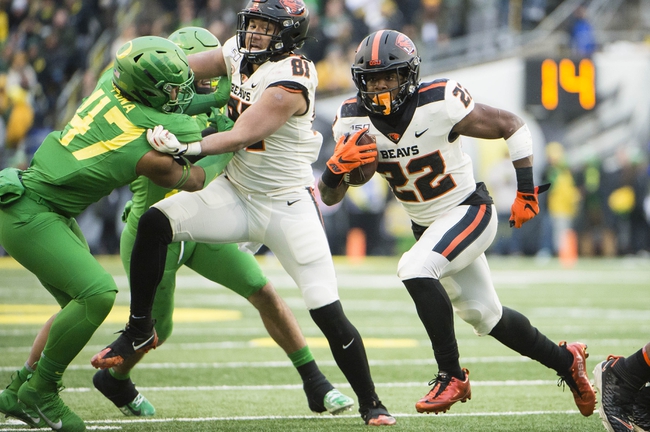 charge after Mike Leach left for the SEC. One of the first questions for Washington State that needs to be answered is who will be under center. All signs are pointing towards Cammon Copper getting that job and they need him to be good right away. The star of the offense is running back Max Borghi who was a standout last year for the team. On defense, Washington State has some good players led by linebacker Jahad Woods, but this is a side of the ball that is young and there could be some growing pains on that side of the ball.

On the other side of this matchup is the Oregon State Beavers who took a big step forward last year, and the hope is they can continue to improve on that again. For this Beavers team, this is a defense that should be strong, and offense that probably needs some improvement, One of the big issues for this team on offense is going to be their offensive line that has lost a lot of talent, and is going to need some young guys to step up. One of the first questions that need to be answered for the offense is who will be under at quarterback. Running back Jermar Jefferson is the star of the show and will be leaned on heavily. On defense in this game it’s going to be important that they stop the run, and controlling the tempo of the game would also be helpful.

These are both going to be young guys under center for both of the teams and that means they both will lean heavily on the running game. Look for both teams to try and bleed the clock and for this game to stay under the total. 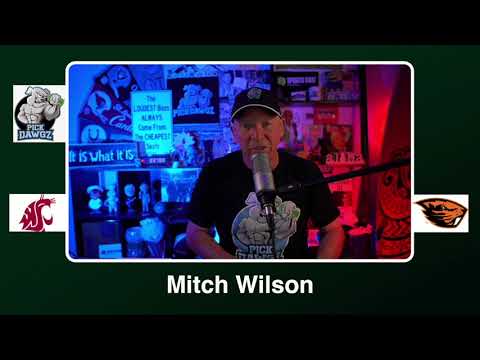