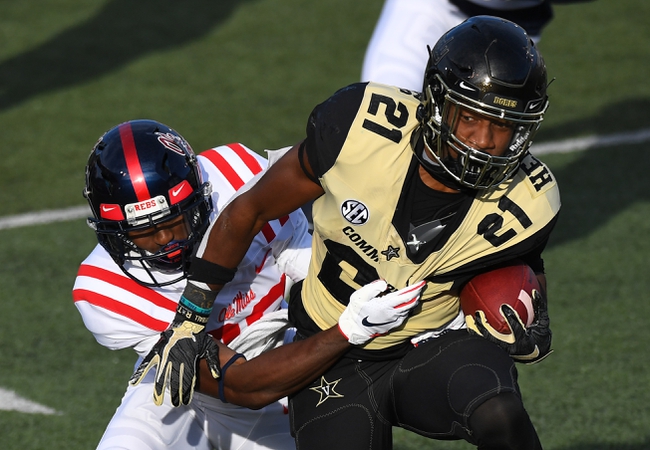 The Vanderbilt Commodores and Mississippi State Bulldogs face off on Saturday in a college football showdown at Davis Wade Stadium.

There weren’t many expectations heading into this season for Vanderbilt, and it’s a good thing because they have lost all four of their games and failed to cover the spread in each of their last three games. In the last game Vanderbilt’s offense had a little more success scoring 21 points but the defense really let them down giving up 54 points and that led to the win for Ole Miss. At quarterback for Vanderbilt it’s Ken Seals who has thrown for 730 yards, five touchdowns, and five interceptions. On defense this season Vanderbilt is giving up 38.2 points per game and in this one the defense is going to need to find a way to be better.

On the other side of this matchup is Mississippi State Bulldogs who won their first game of the season against LSU, but since that point they have really struggled losing four games in a row and failing to cover the spread in all four of the games. Over the last four games the Bulldogs have only scored 30 points, something that is rather shocking for a Mike Leach coached team. KJ Costello started the season under center for Mississippi State, but he has been benched for Will Rogers and it’s clear at this point they are just playing for their future. In this game they are facing a defense that isn’t good, so it’s going to be important the offense finds a way to get going.

All the trends say the under is the play and the eye test says that will be the case too. Mississippi State’s offense is going to struggle to score and Vanderbilt won’t have a whole lot of success either. Back the under to cash in this one.