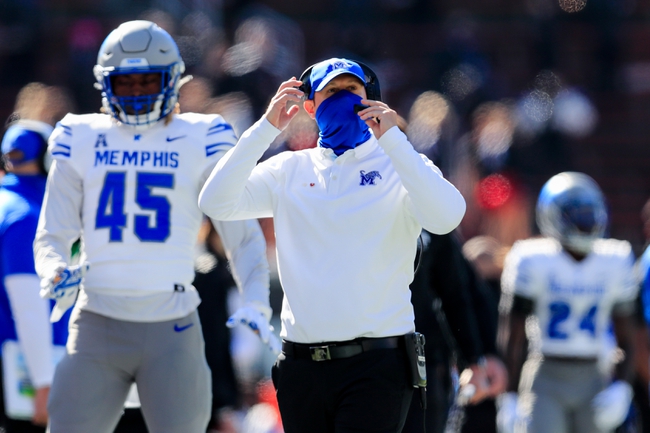 The South Florida Bulls and Memphis Tigers face off on Saturday in a college football showdown at the Liberty Bowl Memorial Stadium.

The USF Bulls have had some real problems this season and coming into this game they have won only one game. To start the season the Bulls beat FCS level Citadel and since that point they have lost five straight games. During that five game losing streak South Florida has only covered the spread in two of those games. USF”s offense has struggled more than it has looked good and in the last game against Tulsa they only scored 13 points. Quarterback Jordan McCloud has been decent for USFat quarterback but not good enough. Coming into this game McCloud has thrown for 747 yards, four touchdowns, and two interceptions.

On the other side of this matchup is the Memphis Tigers who have looked really good some games, and other games they have looked really bad. After dominating UCF and Temple in back to back games, the Tigers offense didn’t look good in the last game scoring only ten points. Even with the struggles in the last game, Memphis is still averaging 33 points per game and this is going to be a chance for them to run up the score. On defense this season Memphis also hasn’t been great giving up 36.2 points per game and if they give up anything close to that in this game, they probably won’t be very happy with their performance.

Memphis has done a good job against bad teams this year and that will continue in this game. Look for Memphis to run up the score,, USF is going to have no answer, and Memphis will win this game and cover the spread.