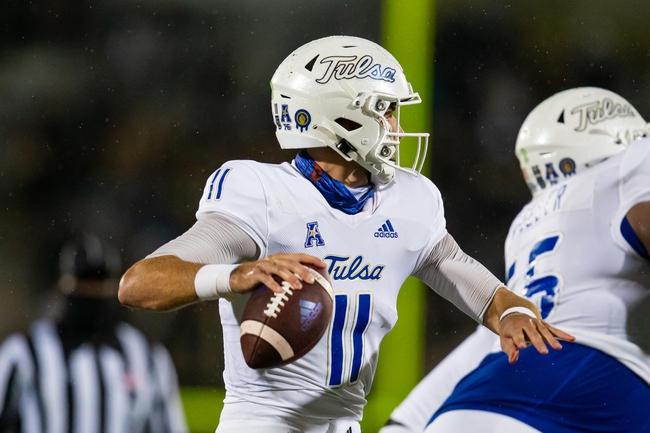 The Tulsa Golden Hurricane will travel to Navy-marine Corps Memorial Stadium to take on the Navy Midshipmen this Saturday afternoon in College Football action.

The Tulsa Golden Hurricane won their 3rd straight game and improved to 3-1 (3-0 AAC) on the season after defeating the Eastern Carolina Pirates, 34-30, this past Friday. Tulsa had a surprisingly difficult time on both sides of the ball in the 1st half agianst the Pirates, however, the offense got things rolling in the 2nd half and was able to avoid the upset after a T.K. Wilkerson 1-yard TD run gave the Golden Hurricane the lead for good with just :29 seconds left in the 4th quarter. Tulsa was outgained by East Carolina by a 456-428 margin and committed 3 turnovers in the victory. Leading the way for the Golden Hurricane was RB T.K. Wilkerson who had 89 yards & 2 TD’s on 18 carries.

The Navy Midshipmen lost their 2nd straight game and dropped to 3-4 (3-2 AAC) on the season after being defeated by the 22nd ranked SMU Mustangs, 51-37, this past Saturday. Navy had no answers on the defensive end for the potent SMU offensive attack and could not fight back after SMU took a 45-17 lead on a 20-yard TD reception by Rashee Rice with 5:17 left in the 3rd quarter. Navy was outgained by SMU by a 555-430 margin and committed one turnover in the loss. Leading the way for the Midshipmen was QB Tyger Goslin who completed 6 of 10 passes for 123 yards & 2 TD.