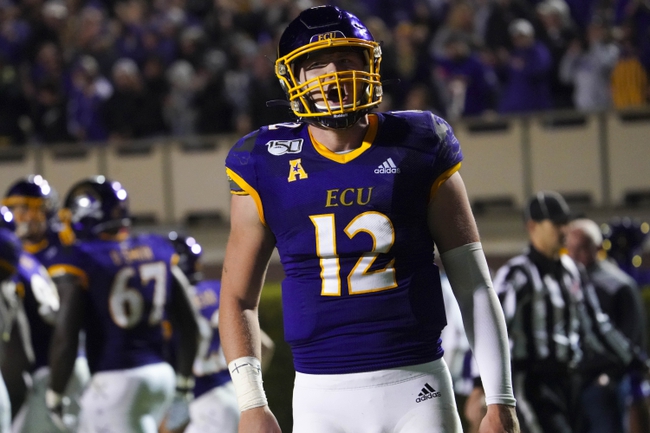 The Tulane Green Wave will travel to Dowdy-Ficklen Stadium to take on the East Carolina Pirates this Saturday afternoon in College Football action.

The Tulane Green Wave improved to 3-4 (1-4 AAC) on the season after defeating the Temple Owls, 38-3, this past Saturday. Tulane had no trouble taking care of business on both ends of the field against a short-handed Temple team and easily cruised to victory after taking a 24-3 lead late in the 3rd quarter. Tulane outgained Temple by a 504-222 margin and limited Temple to just 11 first downs in the victory. Leading the way for the Green Wave was WR Duece Watts who had 114 receiving yards & 2 TD’s on 5 receptions.

The East Carolina Pirates lost their 2nd straight game and dropped to 1-4 (1-3 AAC) on the season after being defeated by the Tulsa Golden Hurricane, 34-30, this past Saturday. East Carolina was outstanding in the 1st half against the heavily favored Golden Hurricane and went into halftime with a 17-3 lead, however, the defense struggled in the 2nd half and allowed Tulsa to get the come from behind victory after the Golden Hurricane scored the go-ahead TD with just :29 seconds left in the game. East Carolina outgained Tulsa by a 456-428 margin, however, did commit three turnovers in the loss. Leading the way for the Pirates was QB Holton Ahlers who completed 38 of 50 passes for 330 yards, 3 TD, and 1 INT.

I am not getting fooled by Tulane’s performance last week against Temple as the Owls were missing their best offensive player in QB Anthony Russo due to an injury along with a bunch of important role players due to COVID. Tulane has an offense that can put up points, but their defense is not good and should give up plenty of points agianst an East Carolina team that just put up 30 points on a very good defense in Tulsa. I think this is going to be a close, high scoring game but I think East Carolina pulls out the victory in this one. Good Luck!