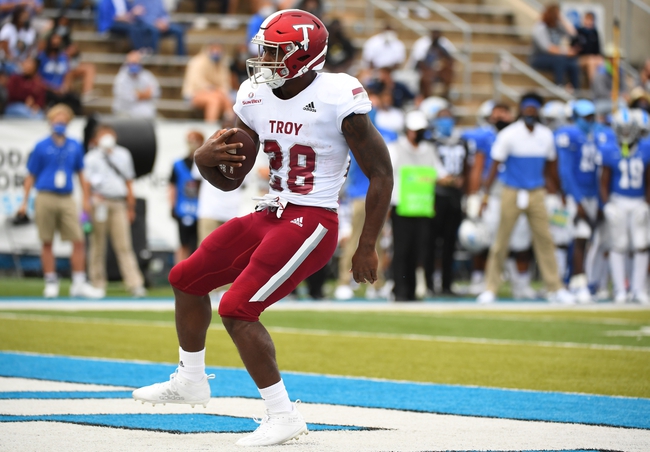 The Troy Trojans and Georgia Southern Eagles face off on Saturday in a college football showdown at Paulson Stadium.

The Troy Trojans haven’t been getting a ton of attention this season, but they have played well coming into this game having won three of their last four games. In the last game, Troy looked really good against Arkansas State and they played their most complete game of the season winning 38-10. On the season Troy’s offense has been good averaging 32.3 points while the defense is giving up 20.2 points per game. One of the big questions for Troy heading into this game is who will be under center at quarterback. Gunnar Watson is dealing with ribs injury and he missed the last game because of it. If he can’t go it will be Jacob Free who has thrown for 756 yards, five touchdowns, and two interceptions. In this game the offense is going to need to run up the score.

On the other side of this matchup is the Georgia Southern Eagles who are also playing well coming into this game having won three of their last four games. In the last game against South Alabama the defense stepped up late and that led to a victory. On the season Georgia Southern is averaging 26.5 points per game while the defense is giving up 20.2 points per game. Georgia Southern is a run first team averaging 248 yards per game on the ground and in this game the defense is going to need to find a way to get going early and run up the score. This is going to be a big test for Troy, and they should have a real good indication after this game how good they are.

This game should be very competitive and these two teams are even, but home field advantage is going to help Georgia Southern. Look for the Eagles to wear down Troy with their running game and late in the game they will make the winning plays. Back Georgia Southern to win this game and cover the spread.