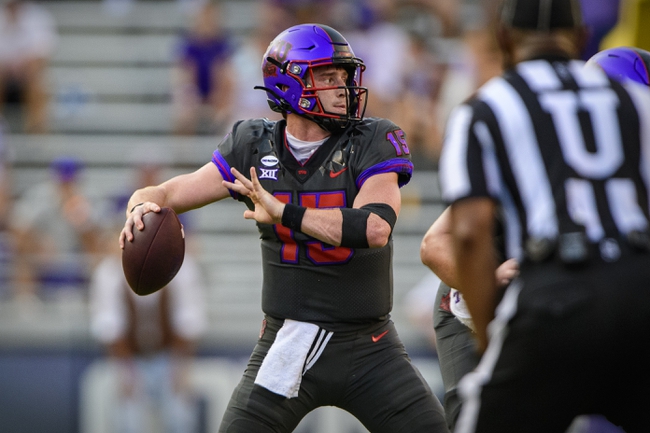 The Texas Tech Red Raiders will travel to Amon G. Carter Stadium to take on the TCU Horned Frogs this Saturday afternoon in College Football action.

The Texas Tech Red Raiders dropped to 2-4 (1-4 Big 12) on the season after being defeated by the 24th ranked Oklahoma Sooners, 62-28, this past Saturday. Texas Tech had no answers for the Oklahoma offense in this one and could not fight back after the Sooners took a 42-7 lead midway through the 2nd quarter. Texas Tech outgained Oklahoma by a 559-400 margin and lost the turnover battle by a 3-0 margin in the loss. Leading the way for the Red Raiders was QB Henry Colombi who completed 15 of 28 passes for 227 yards, 2 TD, & 2 INT.

The TCU Horned Frogs snapped their 2-game losing streak and improved to 2-3 (2-3 Big 12) on the season after defeating the Baylor Bears, 33-23, this past Saturday. TCU came out of the gates on fire against the Bears, going up 30-0 early in the 2nd quarter and held on late for the victory. TCU outgained Baylor by a 385-278 margin and forced one turnover in the victory. Leading the way for the Horned Frogs was RB Darwin Barlow who had 117 rushing yards & 1 TD on 16 carries.

TCU does not have a great offense, however, they do have a solid QB in Max Duggan and shouldn’t have any problem putting up points agianst a Red Raiders defense that is ranked 97th in scoring defense and 96th in total defense. Texas Tech has an offense that can put up points, however, I think TCU will be able to cause some turnovers and as Texas Tech has really struggled ATS on the road as of late, I think the Horned Frogs are the play here. Good Luck! 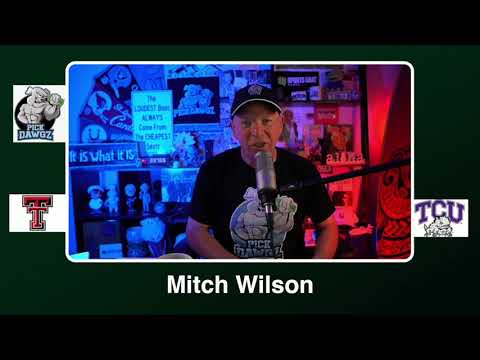