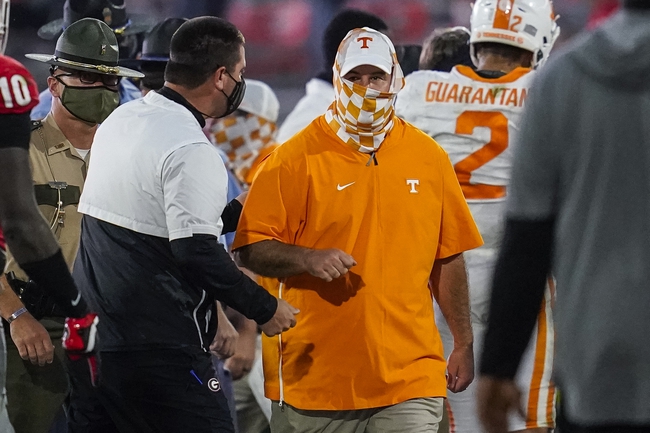 The Tennessee Volunteers and Arkansas Razorbacks face off on Saturday in an SEC college football showdown at Razorback Stadium.

There were some expectations surrounding this Tennessee team heading into the season but it has been filled with disappointment again and they have lost three games in a row. There is no doubt the competition has gotten harder the last three games, but they really haven’t even been competitive in the games. In the last game against Alabama the offense struggled again putting up 17 points total and that led to the blowout loss. It appears that quarterback Jarrett Guarantano will be the starter again in this game, but that might not be the best decision for this team. On the season Guarantano has thrown for 914 yards, six touchdowns, and three interceptions. On defense, Tennessee is giving up 33 points per game and in this game they need to find a way to create a turnover or two.

On the other side of this matchup are the Arkansas Razorbacks who also only have two wins this season, but that is good compared to their expectations. Even though Arkansas has only won two games, they have covered the spread in all five of their games in the last game against the Texas A&M Aggies it was a backdoor cover, but a cover nonetheless. On the season Arkansas is averaging 24.6 points per game while the defense is giving up 28.8 points per game. Quarterback Feleipe Franks has thrown for 1216 yards, 11 touchdowns, and three interceptions.

Arkansas has had a lot of success covering spreads this year and that is going to continue in this game. Look for Arkansas to have a big game from Franks, the Volunteers quarterbacks will struggle again, an that will lead to the home team covering the spread.