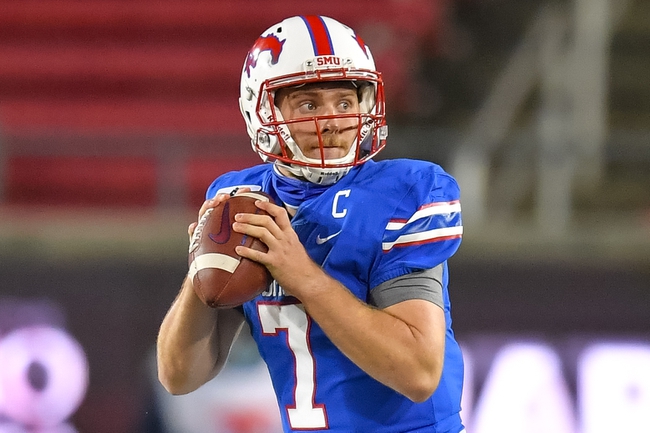 The 22nd ranked SMU Mustangs will travel to Lincoln Financial Field to take on the Temple Owls this Saturday afternoon in College Football action.

The 22nd ranked SMU Mustangs improved to 6-1 (3-1 AAC) on the season after defeating the Navy Midshipmen, 51-37, this past Saturday. SMU had no trouble getting their offense rolling agianst Navy and easily secured the victory after taking a 51-17 lead early in the 4th quarter. SMU outgained Navy by a 555-430 margin and forced the Midshipmen into committing one turnover in the victory. Leading the way for the Mustangs was QB Shane Buechele who completed 23 of 28 passes for 300 yards & 3 TD’s.

The Temple Owls lost their 2nd straight game and dropped to 1-3 (1-3 AAC) on the season after being defeated by the Tulane Green Wave, 38-3, this past Saturday. Temple struggled offensively agianst Tulane and could not fight back after the Green Wave took a 24-3 lead late in the 3rd quarter. Temple was outgained by Tulane by a 504-222 margin and won the turnover battle by a 3-1 margin in the loss. Leading the way for the Owls was Branden Mack who had 3 receptions for 54 yards.

Temple has a bunch of question marks as QB Anthony Rizzo is still questionable with a shoulder injury while many other starters are questionable due to COVID-19. Even if Temple was at full health, it's hard would be hard to back the Owls as their defense is nowhere near as strong as we've seen in past years and should have a very difficult time slowing down the duo of Shane Buechele & Ulysses Bentley IV. The line has yet to be released with so much uncertainly, however, it's going to be hard for me not to go with SMU, even if it's a large number. Check back later for my official pick. Good Luck!