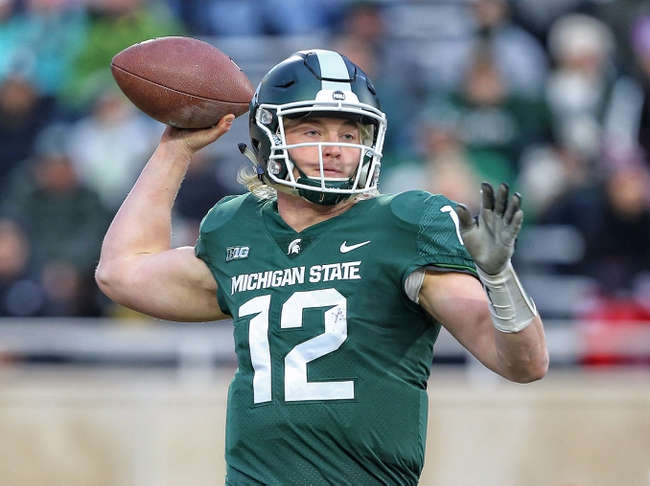 The Michigan State Spartans will travel to Kinnick Stadium to take on the Iowa Hawkeyes this Saturday afternoon in College Football action.

The Michigan State Spartans improved to 1-1 (1-1 Big Ten) on the season after upsetting the 13th ranked Michigan Spartans, 27-24, this past Saturday. Michigan State came in as 21.5-point underdogs agianst their in-state rivals, however, the Spartans were outstanding on offensively against the Wolverines and held on the victory late after taking a 27-17 lead with 5:11 left in the 4th quarter. Michigan State was outgained by a 452-449 margin and did not commit a turnover in the victory. Leading the way for the Spartans QB Rocky Lombardi who completed 17 of 32 passes for 323 yards & 3 TD’s.

The Iowa Hawkeyes dropped to 0-2 (0-2 Big Ten) on the season after being defeated by the Northwestern Wildcats, 21-20, this past Saturday. Iowa jumped out to a quick 17-0 lead in the 1st quarter agianst Northwestern, however, the offensive struggled the rest of the way and the Hawkeyes allowed the Wildcats to fight back for the victory after Northwestern took 21-20 lead with 6:05 left in the 4th quarter on a 2-yard TD run by Jesse Brown. Iowa was outgained by Northwestern by a 293-273 margin and committed three turnovers in the loss. Leading the way for the Hawkeyes was WR Ihmir Smith-Marsette who has 7 receptions for 84 yards.

It has already been an interesting season for Michigan State as after getting upset by Rutgers to kick off their season, the Spartans had an incredible bounce back after defeating Michigan on the road. I cannot say I have been overly impressed by Iowa as they could not defeat a Purdue team that was missing key players while also allowing Northwestern to fight back from a 17-point deficit to win the game. Iowa is a tough place to play and Michigan State has struggled here over the past few years, however, I think Rocky Lombardi can will be able to find enough success on the offensive end for the Spartans to at worst, cover with the points. Good Luck! 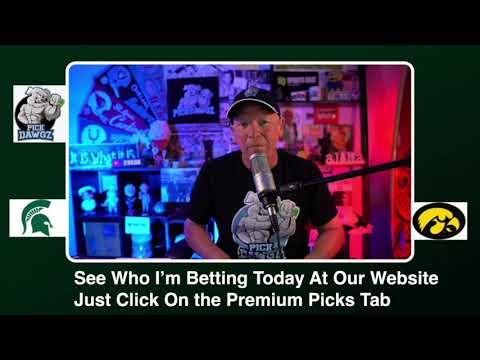