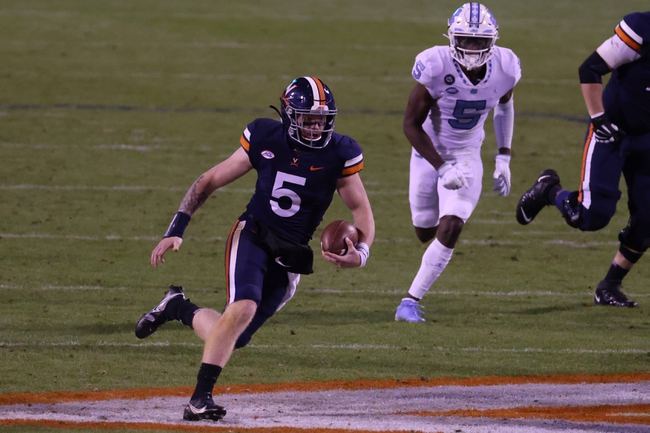 The Louisville Cardinals will travel to David A. Harrison III Field at Scott Stadium to take on the Virginia Cavaliers.

The Louisville Cardinals dropped to 2-5 (1-5 ACC) on the season after being defeated by the Virginia Tech Hokies, 42-35, this past Saturday. Louisville struggled stopping the Virginia Tech rushing attack and could not fight back after the Hokies took a 31-14 lead early in the 4th quarter. Louisville outgained Virginia Tech by a 548-466 margin, however, lost the turnover battle by a 3-0 margin in the loss. Leading the way for the Cardinals was RB Javian Hawkins who had 129 rushing yards & 1 TD on 17 carries.

The Virginia Cavaliers snapped their 4-game losing streak and improved to 2-4 (2-4 ACC) on the season after defeating the 15th ranked North Carolina Tar Heels, 44-41, this past Saturday. Virginia was outstanding offensively agianst the Tar Heels and was able to hold on late for the victory after 28 unanswered points by the Cavaliers gave Virginia a 41-20 lead with 5:34 left in the 3rd quarter. Virginia was outgained by a 536-418 margin, however, did win the turnover battle by a 2-1 margin. Leading the way for the Cavaliers was QB Brennan Armstrong who completed 12 of 22 passes for 208 yards, 3 TD, & 1 INT while also adding 66 yards & 1 TD on the ground.

Louisville has had a disappointing season as although their offense is certainly dangerous, their defense has really struggled slowing down opponents. Virginia is coming off their best win of the season agianst North Carolina and I think the Cavaliers a better team than their record indicates are being somewhat competitive in tough road games at Clemson & Miami. I expect a high scoring game in this one as I think both offenses will have success, however, as I think Virginia is the better team here, I am taking the Cavilers. Good Luck.